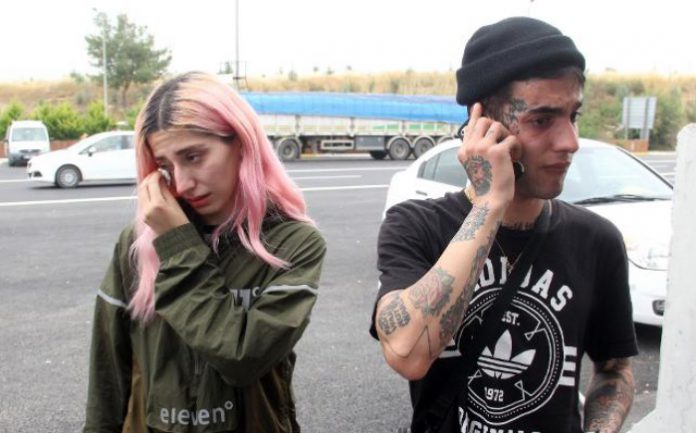 Turkey has granted asylum to a young Iranian couple whose tearful photos indicating they had been sent back home by police were circulated in the Turkish media on Monday.

According to early reports, they were apprehended by Turkish police in May among a group of 51 illegal migrants. They begged the police in tears, saying if they were caught by Iranian officials the young man would be executed by hanging and the young woman might lose her arm.

Adana police conducted an operation one month ago based on a tip that a group of illegal migrants had entered Turkey at the border in Van province and that they would go to İstanbul through Adana.

Two minibuses were stopped on the highway, and fake identity cards carried by 51 people, including 31 Afghans, 18 Pakistanis and 2 Iranians, were found by the local police.

When police told them they would be deported to their countries, the young Iranian couple started to cry and beg, saying they would be severely punished by Iranian authorities if they went back.

The young woman claimed that her arm would be cut off because she was not wearing a headscarf and her hair was dyed, and that her boyfriend would be executed by hanging because he had tattoos all over his body.

However later on, Mehmet Tüm, a deputy from the Republican People’s Party (CHP), shared information on their situation, saying they had been given the right to seek refuge in Turkey in May.

The earlier news sparked concerns among Turkish readers, who launched a campaign on change.org to stop the deportation of the Iranian couple.

Photojournalist recounts story of photos that captured the murder of Kurdish...