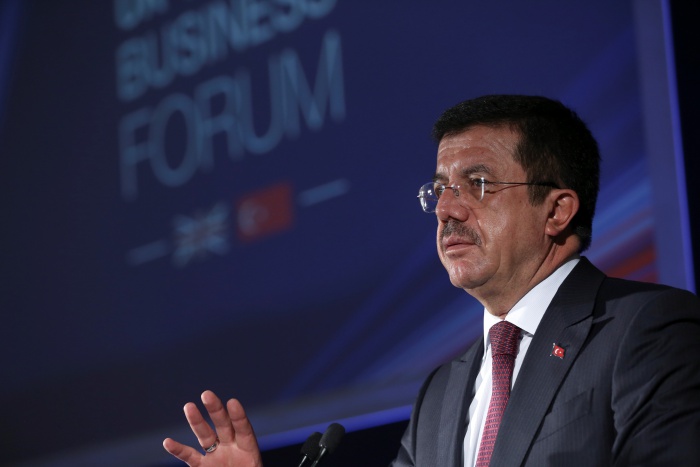 “We view the statements from Fitch and Moody’s on Turkey at this time to have been made to support those pursuing a manipulative and speculative approach. We do not deem them to be healthy, but rather hasty and deliberate,” he said according to the Hürriyet Daily News.

“These assessments in the election period count for nothing for us. Those institutions will revise their approaches after June 24 [elections], just as they revised their growth forecasts for Turkey four or five times in 2017,” he added.

“The Rating Watch Negatives placed on all Turkish banks’ Viability Ratings reflect risks to their performance, asset quality, capitalisation and, in most cases, liquidity and funding profiles following a recent period of increased market volatility,” a Fitch press release said on Friday.

The same day Moody’s, which had downgraded Turkey’s rating in March, said it would consider downgrading Turkey’s Ba2 rating again, referencing problems in economic management and an erosion in investor confidence.

“We conducted very fruitful meetings in London. After that, Fitch issued a statement on 25 Turkish banks; additionally, Moody’s said it was reviewing Turkey’s credit rating. I don’t subscribe to conspiracy theories, but everything is pretty clear,” Deputy Prime Minister Mehmet Şimşek also said in a TV appearance today.