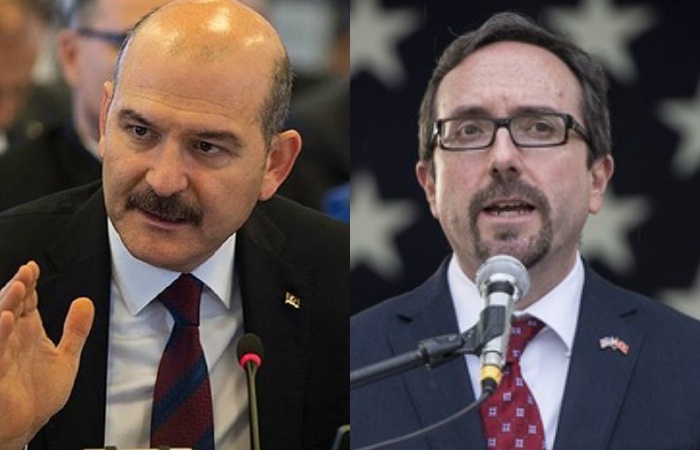 Turkish Interior Minister Süleyman Soylu accused former US Ambassador to Turkey John Bass of perpetuating a recent migrant flow from Afghanistan during a Monday meeting on border security between Turkey and Bulgaria with the ambassadors of European countries, the Sözcü daily reported.

“When Afghan migrants started to arrive in Turkey, we thought Tehran was playing games,” Soylu said.

“Then we found out that the route was determined from Afghanistan. The ambassador who gave us trouble here has become an ambassador to Afghanistan. He is busy with something there,” he said, adding that Turkey had so far deported 14,000 Afghan migrants.

Soylu also commented on drug trafficking to the West from Afghanistan.

“Who triggers this drug business? The people who triggered the migration, as I mentioned before, are triggering the drug trafficking,” Soylu alleged.

During the meeting Soylu also warned the European diplomats about a possible threat from the Islamic State in Iraq and the Levant (ISIL) stemming from an alleged agreement between ISIL and Kurdish People’s Protection Units (YPG) militants in Syria.

“Where did those ISIL members from Raqqa go? Some of them went to Europe, some to Pakistan and Afghanistan. Europe fell into a huge trap. When bombs start to explode in Europe, politicians won’t dare make public appearances,” Soylu stated.