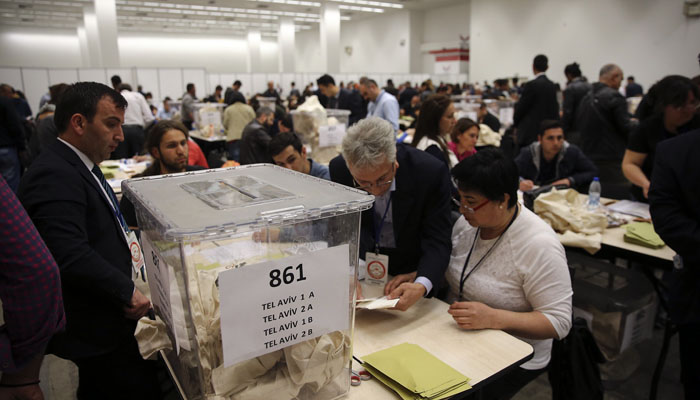 In a development that has raised concerns about election fraud, Turkey’s Supreme Election Board (YSK) has decided to move or merge ballot boxes in 19 predominantly Kurdish provinces for the June 24 presidential and general elections to be held in Turkey.

The YSK’s move, which will affect hundreds of thousands of voters, mean that these citizens will have to travel elsewhere to cast their ballots instead of their local polling stations on June 24.

The YSK’s decision came following a request from a number of governor’s offices that cited security concerns in those regions where there are sometimes clashes between the Turkish military and the outlawed Kurdistan Workers’ Party (PKK).

Van, Tunceli, Şırnak, Siirt, Mardin, Kars, Hakkari, Erzurum, Erzincan, Elazığ, Diyarbakır, Bitlis, Bingöl, Batman and Ağrı are some of the provinces where the ballot boxes will be moved or merged.

Since the pro-Kurdish Peoples’ Democratic Party (HDP) gets most of the votes in these provinces, HDP Mardin deputy Mithat Sancar and the HDP’s YSK representative Mehmet Tiryaki applied to the YSK on Saturday requesting cancellation of its decision to move the ballot boxes.

His request was rejected.

According to a statement from the YSK, 144,000 voters will be affected by the moving of ballot boxes.

Opposition deputies who spoke to BBC’s Turkish version said the YSK’s move is likely to cast a shadow over the elections and deter thousands of voters from going to the polls.

Sancar claimed that the regions where the ballot boxes will be moved were deliberately chosen among places where the HDP gets most of the votes after detailed work by the Interior Ministry.

“The votes in the to-be-moved ballot boxes are mostly our votes. The government did not do this randomly. I know this from a close source. They [the government] have the information about each and every village as to who votes for which party,” said Sancar.