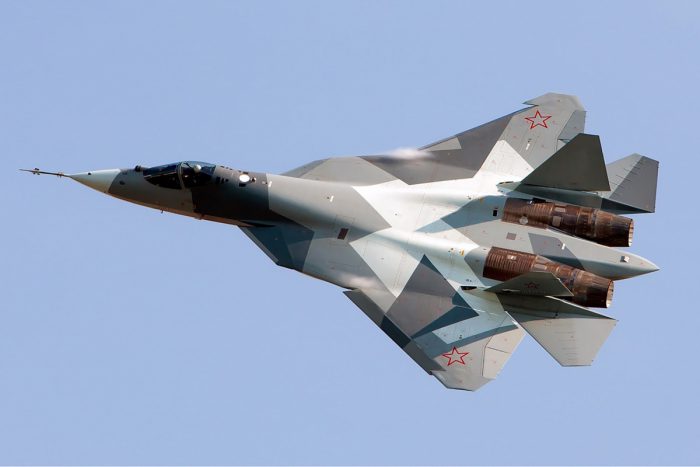 According to sources, the Russian-Turkish cooperation on military software and technology exchange discussed during Russian President Vladimir Putin’s visit to Turkey on April 3 may also include delivery of Sukhoi Su-57 jets, the Yeni Safak newspaper reported.

Russia and Turkey signed a loan agreement last December to supply S-400 air defense systems to Ankara. The deal triggered disagreements between Turkey and the United States, with Washington threatening to impose sanctions on Ankara since the weapons system is incompatible with NATO defenses. On Friday, Putin criticized the US for trying to force Turkey to abandon the deal with Russia.

Turkey plans to buy more than 100 of the F-35 jets and has also had talks with Washington about the purchase of Patriot missiles.

A US Senate committee passed its version of a $716 billion defense policy bill on Thursday, including a measure to prevent Turkey from purchasing Lockheed Martin F-35 Joint Strike Fighter jets over its detention of US citizen Andrew Brunson and its agreement with Russia in December to buy S-400 surface-to-air missile batteries.

According to the office of Sen. Jeanne Shaheen, a co-sponsor of the legislation, the intention to purchase the Russian system is sanctionable under US law.

Russia’s Su-57 fifth-generation fighter jet, formerly known as Prospective Airborne Complex of Frontline Aviation (PAK FA), is a single-seat, twin-engine multirole “stealth” aircraft designed for air superiority and attack roles. It is equipped with an advanced avionics system and airborne active phased array radar as well as with a variety of high-precision weaponry.

The jet carried out its maiden flight in 2010 and is still being tested by the military.