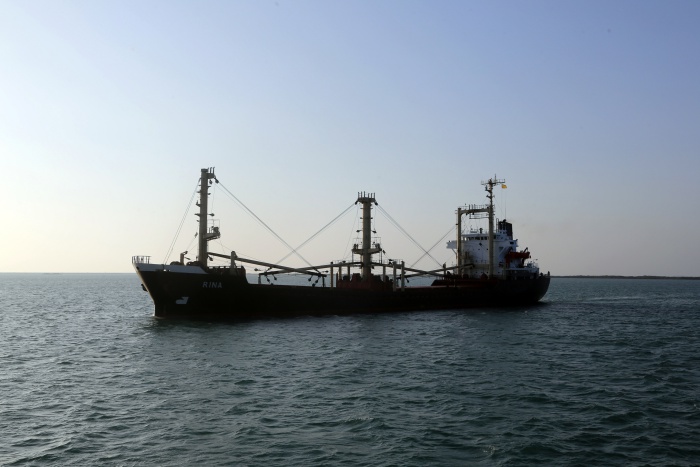 The US said on Friday it was “alarmed” by a Houthi missile strike on a Turkish vessel carrying wheat to Yemen this month and urged the Shiite group to work with the United Nations to alleviate the suffering of Yemenis, Reuters reported.

The Turkish-flagged bulk carrier Ince Inebolu was damaged by an explosion on May 10, 70 miles (110 kilometers) off the Red Sea port of Salif, where it was due to deliver a 50,000 ton cargo of Russian wheat.

The White House said in a statement the United States was alarmed by the strike and cited reports that the Houthis had attempted another attack against an oil tanker in the Red Sea.

“This proves yet again that missile proliferation in Yemen is a real threat to all countries and underscores the need to fully enforce United Nations Security Council Resolution 2216” calling for an end to violence in Yemen, it said.

Saudi Arabia, the United Arab Emirates and Sunni Muslim allies have been fighting in Yemen for three years against the Houthis, a Shiite group that controls much of north Yemen including the capital of Sanaa and drove a Saudi-backed government into exile in 2014.

The Houthis, who are aligned with Iran, have recently been firing missiles into Saudi Arabia. The Saudi-led coalition has carried out a campaign of thousands of airstrikes and restricted imports into Yemen, worsening what the United Nations says is potentially the world’s worst humanitarian crisis.

“Areas under the Houthi control are suffering,” the White House said. “The Houthis should engage meaningfully with the United Nations Special Envoy in order to provide a better future for all Yemenis.”