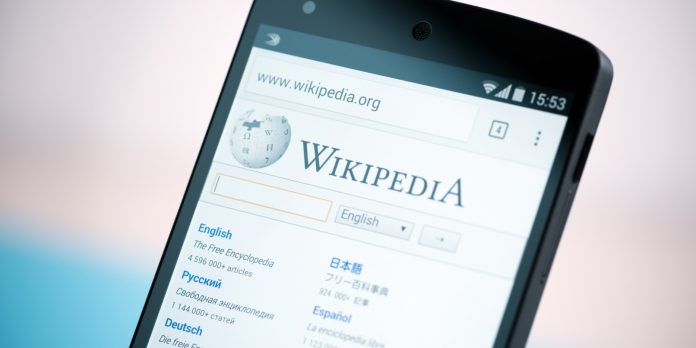 The Wikimedia Foundation has responded in an open letter to a May 18 statement made by Turkish Minister of Transport, Maritime, and Communications Ahmet Arslan regarding the block of Wikipedia in Turkey.

“The Minister’s comments seriously misrepresent Wikipedia’s open editing model and efforts undertaken by the Wikimedia Foundation to lift the block,” the foundation said.

“As long as it [Wikipedia] shows Turkey, which has rendered more than 3,000 terrorists ineffective, as a supporter of DAESH [the Arabic acronym for the Islamic State in Iraq and the Levant (ISIL)], it will not be allowed to operate in Turkey,” Arslan said in a statement on Friday, adding that Wikipedia editors who want to intervene in the “inaccurate content” from Turkey are prevented from doing so.

The Ankara 1st Criminal Court of Peace in 2017 ordered a ban on the website after Wikipedia reportedly refused to remove two English-language pages that claimed Ankara had supported jihadists in Syria.

“For a year, the people of Turkey have not been able to learn from, share, or contribute knowledge on Wikipedia. Without participation from Turkey, the world suffers. We remain committed to restoring access to Wikipedia in full for the people of Turkey. #WeMissTurkey,” said the foundation.

The full text of the Wikimedia Foundation’s letter to Arslan is as follows:

I am the General Counsel for the Wikimedia Foundation, the not-for-profit organization that hosts Wikipedia, whose more than 46 million articles make it the largest, collaboratively-built online repository of free knowledge in the world. I read your recent statements on the access ban of Wikipedia in Turkey, which did not include critical information about the current situation. Unfortunately, the statements did not include any information about the many steps the Wikimedia community of volunteer editors have already taken to improve the articles that are the basis for the block. Nor do they include information about our compliance with Turkish law and many meetings with Turkish officials. To that end, I want to take this opportunity to provide crucial information concerning many and significant efforts to address the block, and to emphasize our interest in understanding how to return access to Wikipedia for people in Turkey.

Before getting into more detail, here are a few very important points.

First, the Turkish block is the most expansive government ban ever imposed on Wikipedia, and includes Wikipedias across nearly 300 languages. The court order imposing the ban is based on two articles in English Wikipedia which the court said damaged the reputation and prestige of the Republic of Turkey. While we respectfully disagreed with the court’s decision as it applied to the articles at the time the block was imposed, we also wish to point out that those articles have been changed substantially by Wikipedia volunteer editors since the block was imposed and urge you to take that into consideration.

Second, it is important to note that, unlike other top internet platforms, the Wikimedia Foundation does not own or control the content of the sites it hosts, including Wikipedia. With respect to the editing process, the Foundation cannot remove or alter content. The originating idea that has led to the unique value of Wikipedia is that it is a collaboration of hundreds of thousands of people across the globe. Together they make decisions about what information to include in Wikipedia and how that information is presented. The editing process proceeds according to policies developed and overseen by these independent volunteer editors. Wikipedia’s policies require reliable sources to verify information included in Wikipedia, and neutrality, especially when covering controversies in which there are differing views. This is an ongoing process and means that Wikipedia articles are under constant improvement. It is a process that benefits from more editors and differing perspectives, which is one of the reasons why ending the block in Turkey is so important.

This manner of creating and improving content remains to this day the most powerful and unique contribution of Wikipedia to the internet. When more people participate on Wikipedia, the more neutral, reliable, and accurate its articles become. As you may know from the BTK, the Wikimedia Foundation and independent Wikipedia volunteer editors offered to provide open, public training on Wikipedia in Turkey once the block is lifted, as we have done in other countries, with the goal of increasing the number of editors and perspectives on Wikipedia.

Third, I also want to emphasize that Wikipedia has complied with Turkish law; it has not sought to circumvent the court ruling. The Foundation, for its part, has pursued its legal remedies and will continue to do so.

Significantly, and as stated above, independent, volunteer Wikipedia editors have made extensive changes to the articles upon which the court order is based. The Wikipedia articles today are significantly different than the versions that were reviewed by the court more than one year ago when it issued its 2017 decision.

The articles have been improved, in a manner consistent with Wikipedia’s own standards: The articles now include more statements from multiple reliable sources from both within and outside Turkey, cover different sides of controversies, and use more neutral language. These changes also address major concerns expressed by the government, including that the Wikipedia articles provide comprehensive summaries that do not only reflect one point of view.

The articles are and have remained open for editing by anyone around the world in accordance with Wikipedia’s editorial policies of neutrality and reliance on reliable sources. Indeed, the only barrier to Turkish people’s ability to improve Wikipedia further is the fact that the access ban has not yet been lifted.

We respectfully request that the government join us in asking the court to lift the ban so that Wikipedia can return to serving as a valuable, free educational resource on a wide range of topics, including science, engineering, art, and culture. We would like to see the Turkish people able to contribute to the global conversation, including Turkish topics, on Wikipedia. As we have repeatedly noted, we are all made poorer for the absence of contributions by the Turkish people.

In any event, we would like to keep open communication with you so that we can discuss these matters further if that is helpful.