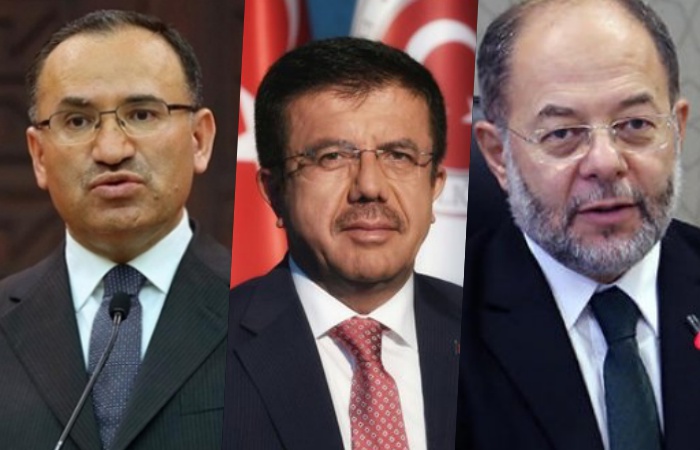 Deputy Prime Minister and Cabinet spokesperson Bekir Bozdağ made statement on Wednesday concerning the Turkish lira’s record loss in value, claiming the latest deterioration in the economy was a plot against Turkey as it heads toward presidential and parliamentary elections on June 24.

“Those who believe they can change the results of the elections by playing with the lira’s value and causing harm to the budget are deluded,” Bozdağ said during a campaign rally in Yozgat province.

Turkish lira has been losing value against the US dollar, dramatically falling to over 4.90 to the dollar on Wednesday.

Finance Minister Nihat Zeybekci weighed in on the issue, saying that Turkey has been experiencing “unfair” fluctuations in interest rates and foreign exchange values.

“Our belief is that the best move will be taken at the right time,” Zeybekci tweeted.

Akdağ also said that a stable political situation after the elections on June 24 would be necessary to foresee the future of the economy, implying that an opposition alliance between the Republican People’s Party (CHP), the İYİ (Good) Party and the Felicity Party (SP) could not bring a stable trend.