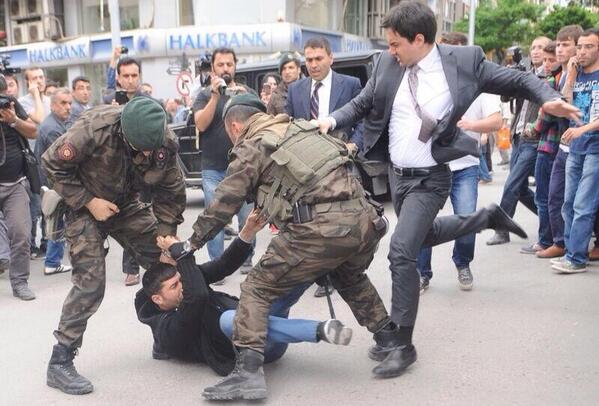 After his visit to the monument, İnce walked with coal miners’ families to a square where a rally was to be held.

“Let me tell you this: Since May 4, I have been struggling to make peace among Turkish citizens. I never pursue revenge, except for one thing. I cannot forget that kick,” İnce told the crowd.

Yerkel, at the time an advisor to the prime minister, launched a physical attack on Kocabıyık while two gendarmes held the man on the ground. On Sunday Yerkel tweeted that he regretted what had happened and asked Kocabıyık to forgive him.

Yerkel also pointed to Soma Holding, the owner of the coal mine, as the party responsible for the disaster.