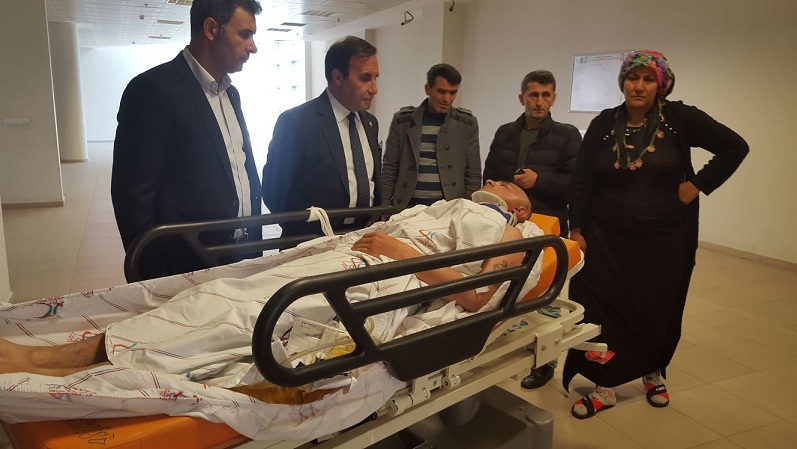 “His skull was almost split in half,” claimed a relative of Pvt. Fikret Aydemir, who was attacked and put in a coma by a group of angry fellow soldiers in an army barracks because he was singing in Kurdish, according to the Medyablok news website.

The incident was announced by Peoples’ Democratic Party (HDP) deputy Lezgin Botan on May 9 after paying a visit to Iğdır State Hospital, where Aydemir has been kept under observation.

Another HDP deputy, Mehmet Emin Yıldırım, also paid a visit to the hospital and briefed reporters on the incident. “The soldier said the group was obsessed with him and harassing him all the time. When he was going to the mess, they ganged up on him and beat him. I visited him in the hospital after the attack. ‘We can discharge him today or tomorrow,’ the doctor said. I also spoke with a colonel who visited him. He said there is an ongoing investigation into the incident.”