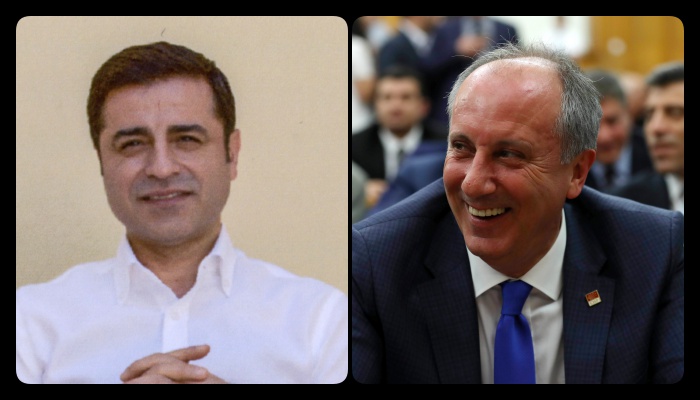 İnce travelled to Edirne for an election rally on Wednesday afternoon and paid a visit to Demirtaş before the event.

Demirtaş was the HDP’s co-chairperson when he was jailed on Nov. 4, 2016 along with several other party deputies as well as the party’s other co-chairperson, Figen Yüksekdağ.

Turkey will hold snap presidential and general elections on June 24, a year and a half earlier than original scheduled.

Demirtaş, who faces terror charges, is still in pre-trial detention and not convicted of any crime.

Demirtaş’s campaign will reportedly appeal to voters of all parties and highlight a process  of normalization in Turkey. If he is not released from prison, Demirtaş will conduct his campaign with messages sent from prison through his lawyers.

Demirtaş ran against incumbent President Recep Tayyip Erdoğan in the 2014 presidential election and lost. However, he has remained one of the most popular political figures in Turkey.

Erdoğan is the ruling Justice and Development Party’s (AKP) presidential candidate for the June 24 elections.