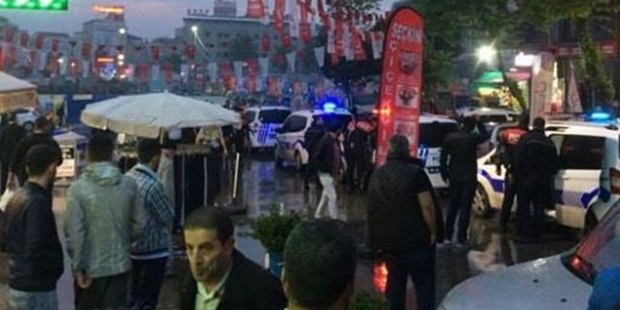 A group of unknown people on Sunday attacked an İYİ (Good) Party campaign booth in the Bağcılar district of İstanbul, putting one seriously injured person in the hospital, according to the Yeniçağ daily.

Four people were stabbed and one was hit by a bullet, members of the party claimed, with one seriously injured person hospitalized after the incident. Witnesses said about 100 people who had gathered near the Nationalist Movement Party (MHP) attacked the İYİ Party booth during an election campaign event.

“Those who do not trust the nation are dragging a democratic race into a dangerous conflict between our youngsters,” tweeted the İYİ Party. Top members of the party also made statements via Twitter.

An attack against a Felicity Party (SP) booth had occurred in Ankara last week.