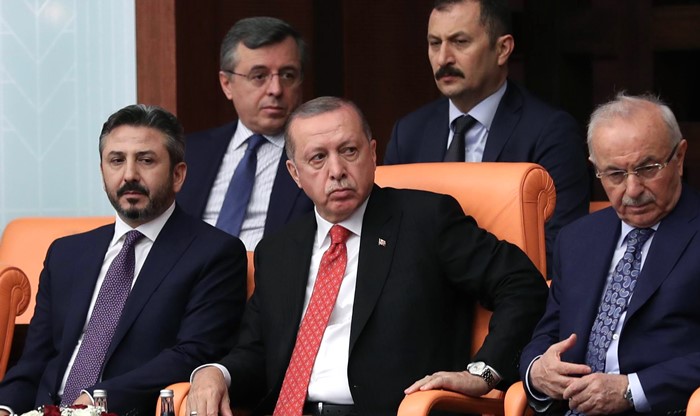 Turkish President Recep Tayyip Erdoğan left a special session in the Turkish Parliament on Monday earlier than expected when opposition party leaders directed criticism at the government for an ongoing state of emergency in the country.

The opposition leaders’ remarks on the state of emergency attracted protests from the AKP and deputies from the Nationalist Movement Party (MHP), which also strongly backs emergency rule.

Erdoğan walked out of Parliament as he described the debates on the state of emergency as “scandalous.”

The state of emergency has granted Erdoğan and his government extraordinary powers. Under it, the government has pressed ahead with many controversial decrees that have the force of the law and are not required to be approved by Parliament. In line with these decrees, more than 150,000 people have been purged from state bodies on coup charges.