Associate Professor Koray Çalışkan, who was detained on July 10 as part of an investigation into 20 university academics and later released under house arrest, was sentenced to one year, six months and 22 days in prison for disseminating the propaganda of the faith-based Gülen movement on social media, the pro-government Sabah daily reported.

The ruling was made by the Istanbul 24th High Criminal Court. 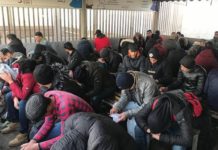