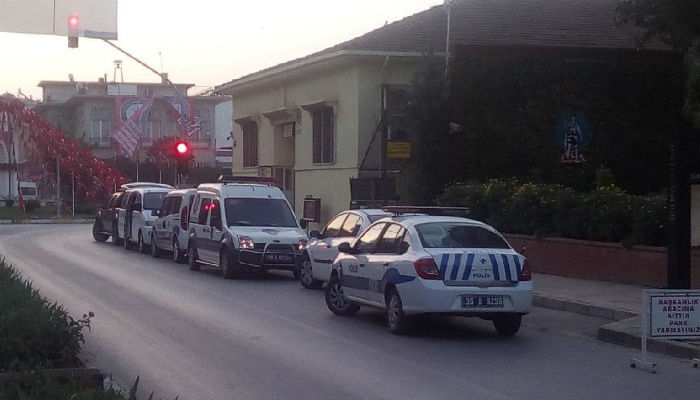 Fatih Uğur Koştan, a former captain who was removed from his post in February due to his alleged links to the Gülen movement, which is accused by the Turkish government of masterminding a failed coup attempt in July 2016, committed suicide in İzmir province late on Tuesday, Turkish media reported.

Koştan reportedly went to his former place of work, a military base in İzmir’s Ödemiş district, and grabbed the gun of a private security guard and shot himself in the head.

Koştan’s body was taken to the İzmir Council of Forensic Medicine for autopsy.

In a similar development on Wednesday, a police officer identified as Erdem G. also committed suicide on Wednesday morning at his home in the eastern province of Bitlis.

Erdem G. was dismissed from his job due to alleged Gülen links in February but was recently reinstated.

He was 25 years old and is survived by his wife and daughter.

An investigation has been launched into the incident.

The military coup attempt on July 15, 2016 killed 249 people and injured a thousand others. Immediately after the putsch, the Justice and Development Party (AKP) government along with President Recep Tayyip Erdoğan pinned the blame on the Gülen movement.

Turkey has suspended or dismissed more than 150,000 judges, teachers, police and other civil servants since July 2016 while more than 50,000 have been arrested during the same period.

There have been many cases of suicide and suspicious deaths among the people who have been either jailed or arrested due to alleged Gülen links.

According to a report from the Confederation of Public Sector Trade Unions (KESK) in January, more than 50 people who were among civil servants dismissed by the Turkish government under a state of emergency declared in the aftermath of the failed coup have committed suicide.