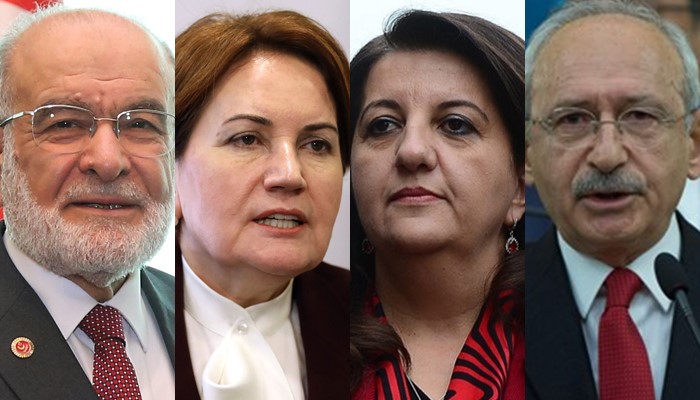 A suggestion made on Tuesday by leader of the Nationalist Movement Party (MHP) Devlet Bahçeli to hold a presidential election slated for November 2019 in August 2018 has been welcomed by the other opposition parties.

During a party meeting Bahçeli said it would be difficult for the country to “endure current circumstances” until November 2019. He pointed to risks facing Turkey including the economy and possible increases in migration into the country.

The MHP leader said the presidential election should be held on Aug. 26, 2018.

Leader of the main opposition Republican People’s Party (CHP) Kemal Kılıçdaroğlu said the main actor should be allowed to speak on the issue, in an implicit reference to President Recep Tayyip Erdoğan.

He said Bahçeli was speaking as Erdoğan’s spokesperson.

Pro-Kurdish Peoples’ Democracy Party (HDP) Co-chairperson Pervin Buldan said on Tuesday that her party has no fears about going to an early election.

“If you made a decision [to hold an early election], we, as the HDP, say, ‘Bring it on.’ We are ready for the election… The time has come to bury the AKP and throw it out of power. That time is the time of the election,” she said.

Erdoğan narrowly won a referendum in April 2017 to amend the constitution and create an executive presidency. However, those extended powers are not due to take effect until after the presidential election.

İYİ Party leader Meral Akşener, who also commented on Bahçeli’s call for an early election on Tuesday, said it does not matter to her party whether the presidential election is held on time or early.

“For us, there is nothing to worry about,” she said.

Another positive reaction to Bahçeli’s early election suggestion came on Tuesday from Felicity Party (SP) leader Temel Karamollaoğlu, who said it is impossible for Turkey to move forward under the current circumstances in the country.

“The ruling party cannot find a solution to the problems we are experiencing both in the economy and in foreign policy. Turkey needs an exit and a change. We think there is need to hurry for this change to take place,” said Karamollaoğlu.