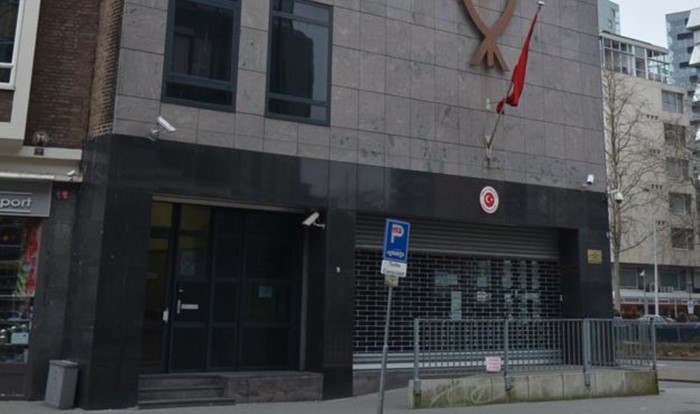 Dutch prosecutors said on Monday they had arrested four men suspected of planning an attack on the Turkish Consulate General in Rotterdam, Reuters reported.

In a statement the national prosecutor’s office identified the four as Moroccan-Dutch and said evidence of their plot had surfaced from a wiretap of a different man arrested in 2017.

The four are being held on terrorism and related charges. Two are brothers aged 26 and 29 from Oudenbosch. The third is a 37-year-old man from Roosendaal and the fourth, who is 39, was arrested in Essen in Belgium.

The men were picked up after they were heard plotting an attack on the consulate in a recording made by the AIVD security service in connection with another case, the prosecutor said, according to DutchNews.nl.

Three of the men are to appear before a judge this week, while the fourth will be extradited from Belgium, prosecutors said.

The police raided homes in in Oudenbosch, Roosendaal, Essen and Antwerp as part of the investigation but found no weapons or explosives, police said. They did find a marijuana plantation with 100 plants at the home in Roosendaal.

The recording that led to the arrests was made in connection with another case in which a man in Rotterdam was jailed for four years after a Kalashnikov rifle, ammunition and a large amount of illegal fireworks were found in a storage box in Rotterdam last year.