Turkish President Recep Tayyip Erdoğan on Sunday praised the abduction of people allegedly linked to the faith-based Gülen movement by Turkey’s National Intelligence Organization (MIT), saying that Fethullah Gülen, a Turkish Islamic scholar in self imposed exile in Pennsylvania, will be brought to Turkey as well, the state-run Anadolu news agency reported.

“We have brought 80 FETÖ [ a derogatory term used by Turkish government for Gülen movement] members [to Turkey] from abroad to date. We will be after the others. You, in Pennsylvania, you will be brought here, too. It does not matter how much you move around,” said Erdoğan during his ruling Justice and Development Party (AKP) meeting in Istanbul.

Erdoğan on Tuesday praised the removal of three Gülen movement-linked people by MIT from Gabon, saying similar operations are imminent.

Osman Özpınar, İbrahim Akbaş and Adnan Demirönal were caught in Gabon in a MIT operation and taken to Turkey by private jet last week.

Maja Kocijancic, an EU spokesperson, slammed the arrest and deportation of six Turkish nationals from Kosovo due to their links to the Gülen movement, saying the incident raises questions about respect for the due process of law.

The Office of the United Nations High Commissioner for Human Rights (OHCHR) in late March 2018 exposed the details of torture cases in Turkey last year and called on the Turkish government to enforce its proclaimed policy of zero tolerance for torture.

So far, a number of countries including Saudi Arabia, Malaysia, Georgia, Pakistan, Sudan and Myanmar have handed over academics, businessmen and school principals upon the Turkish government’s request despite the fact that some of those victims already had refugee status with the United Nations.

US media last year reported that Fethullah Gülen, who has lived in self-imposed exile in Pennsylvania since 1999, was part of a potential bargain between former Trump National Security Advisor Michael Flynn and top Turkish officials. An alleged plan that involved Flynn forcibly and illegally removing Gülen in return for millions of dollars is being investigated by Special Counsel Robert Mueller, The Wall Street Journal reported on Nov. 10, 2017. Michael Flynn and his son, Michael Flynn Jr., were to be paid as much as $15 million to hand Gülen over to the Turkish government under the alleged proposal, according to people with knowledge of discussions Flynn had with Turkish representatives during a reported meeting in December at the 21 Club in New York City. 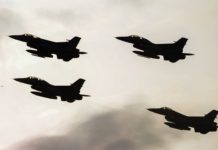