US names Turkish ministers, banks, as beneficiaries of sanctions-busting scheme 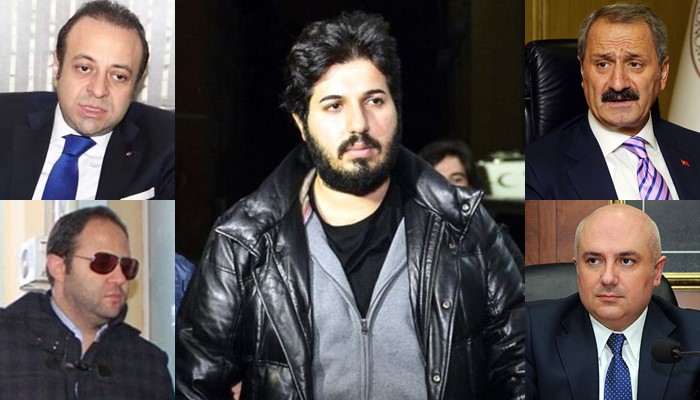 The US attorney for the Southern District of New York has named a number of former Turkish Cabinet ministers and banking executives as beneficiaries of a scheme to violate US sanctions on Iran, in response to questions posed by the judge in the sentencing phase of the trial of Turkish banker Mehmet Hakan Atilla.

Atilla was convicted in January of conspiring to violate US sanctions on Iran.

The sentencing of Atilla, an executive at Turkey’s state-owned Halkbank, had been postponed by Judge Richard Berman until May due to “the number of issues raised by the parties in their (extensive) sentencing submissions,” with the judge demanding answers to questions regarding the sanctions and the beneficiaries of the sanctions-busting conspiracy.

The strategic and negotiating position of the government of Iran also benefitted from the scheme as well as Iranian banks that served as conduits for the transactions, giving them “clandestine access to a pool of laundered funds to be disbursed at will around the globe,” according the US attorney

The scheme in addition benefitted the companies that actually executed it – Atilla’s employer, Halkbank, and a network of companies belonging to Zarrab, which “received commissions on the transactions, inflating their profits by allowing Iranian entities unrestricted access to Iranian oil proceeds that were otherwise limited to humanitarian and bilateral trade use.”

Atilla and Zarrab and seven other people, including Turkey’s former economy minister and two additional Halkbank executives, were charged with engaging in transactions worth hundreds of millions of dollars for Iran’s government and Iranian entities from 2010 to 2015 in a scheme to evade US sanctions.

Zarrab testified in early December that he had bribed Turkey’s former economy minister, Çağlayan, in the billion-dollar scheme to smuggle gold for oil in violation of US sanctions on Iran and that then-Prime Minister and current President Recep Tayyip Erdoğan personally authorized the involvement of Turkish banks in the scheme although he was not charged in the case.

The jury in Atilla’s trial in US federal court reached a verdict in January of guilty on five counts, including bank fraud and conspiracy, and not guilty on one count of money laundering in a case that portrayed high-level corruption in Turkey and heightened tensions between the US and its NATO ally.

Atilla is expected to be sentenced in May.