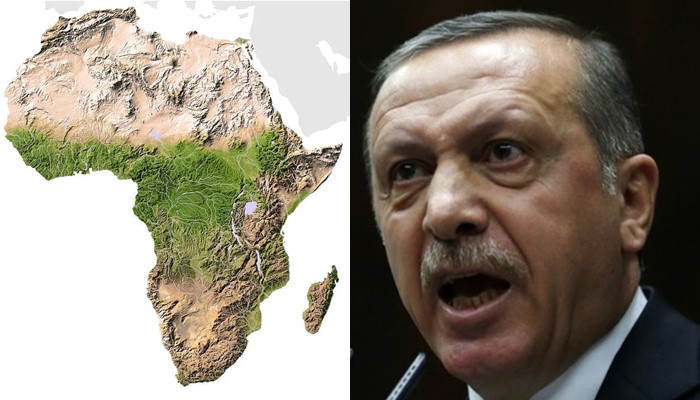 According to the report, activities of the Gülen movement in Algeria will be discussed during the first stop on Erdoğan’s Africa tour.

A statement from the Presidential Office on Saturday said Erdoğan’s visit to Algeria will be the second Turkish presidential trip to the country, while he will pay Turkey’s first presidential visits to Mauritania and Mali.

Erdoğan in December toured the three African countries of Sudan, Chad and Tunisia.

Turkey has been increasing the pressure on African countries for the closure of schools run by people linked to the Gülen movement.

Turkish Education Minister İsmet Yılmaz in September called on the ambassadors of African countries to ask their governments to close schools affiliated with the movement.

A military coup attempt in Turkey on July 15, 2016 killed 249 people and wounded more than a thousand others. Immediately after the putsch, the Justice and Development Party (AKP) government along with President Erdoğan pinned the blame on the Gülen movement.

Fethullah Gülen, whose views inspired the movement, strongly denied having any role in the failed coup and called for an international investigation into it, but Erdoğan and the government initiated a widespread purge aimed at cleansing sympathizers of the movement from within state institutions, dehumanizing its popular figures and putting them in custody.

Erdoğan also launched a witch-hunt against Gülen followers worldwide, asking several countries to close down Gülen-affiliated schools and institutions as well as to detain and extradite teachers, businessmen and their families who sympathize with the movement.

The state-run Maarif Foundation, which was established by the government in 2016, has signed memorandums of understanding with 26 countries in Africa to take control of schools belonging to Gülen movement followers.

“We have signed protocols with 26 countries in Africa, and 16 of them have so far transferred the schools. We are continuing to provide education to 8,900 students,” said Hasan Yavuz, a board member of the Maarif Foundation, on Jan. 27.

The Gülen movement has many schools and universities set up in more than 160 countries.

According to Anadolu, 30 African countries have handed over Gülen movement schools to Maarif or closed them down at Ankara’s request.

The Maarif Foundation is claimed to have been established to spread President Erdoğan’s Islamist ideology abroad.