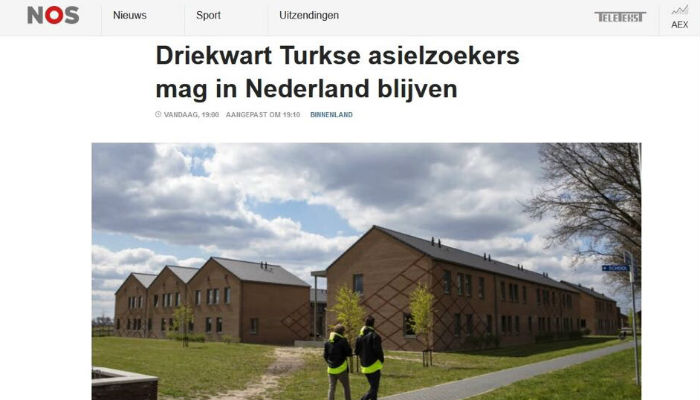 The Netherlands has approved of 73 percent of asylum applications filed by Turkish citizens in the country in the aftermath of a failed coup attempt in Turkey in July 2016, according to Dutch public broadcaster NOS.

NOS based its story on data from the Dutch Ministry of Justice and Security and said that there are many followers of the Gülen movement, around 500 people, among the Turkish citizens who applied for asylum in the Netherlands.

The military coup attempt in Turkey on July 15, 2016 killed 249 people and wounded more than a thousand others. Immediately after the putsch the ruling Justice and Development Party (AKP) government along with President Recep Tayyip Erdoğan pinned the blame on the Gülen movement.

More than 50,000 people have been jailed in Turkey due to their alleged links to the Gülen movement while thousands of others have fled abroad to seek asylum in foreign countries.

NOS has also announced that 70 percent of Syrians who applied and 65 percent of Eritreans have been granted asylum in the country.

The Dutch Ministry of Justice and Security has clarified that the Syrians and Eritreans whose asylum applications were rejected in the Netherlands came to the country via another EU country.

A 2013 EU regulation known as the Dublin III Regulation requires asylum seekers to seek asylum in the first EU member state in which they arrive.