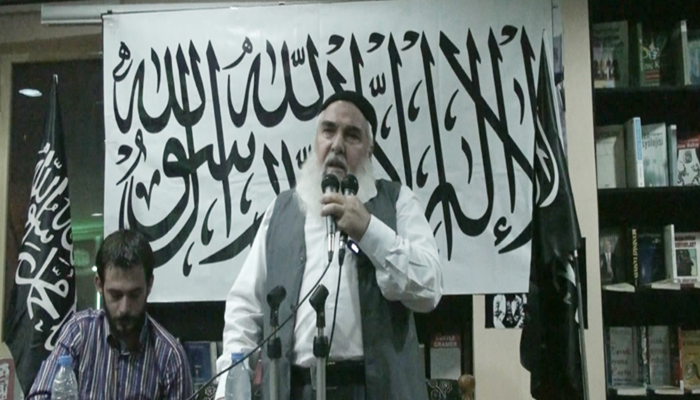 One of the most devastating impacts the Islamist government of President Recep Tayyip Erdoğan has inflicted on the national security of Turkey is the aiding and abetting of dangerous, radical, religious groups that were monitored, investigated and prosecuted for decades for violent activity and terrorism.

The Turkish government has been unleashing convicted jihadist leaders on Turkish society in what is seen as part of a plan of grandeur by Erdoğan to empower a hostile Islamist mindset in this 81-million-strong, predominantly Sunni nation. The latest example of this clandestine endeavor by the Erdoğan government was the extradition of Şahmerdan Sarı, an extremist cleric who led an armed terrorist group, from jail in Iraq’s Kurdistan on Feb. 13, 2018. He will most likely soon be released just like other radical figures who have been convicted but let go by the Erdoğan government in recent years. It is clear that the Turkish president, who sees himself as a caliph, has been seeking the allegiance of all kinds of jihadist figures in Turkey and around the world.

This particular cleric advocates the toppling of the secular republic in Turkey and replacing it with a theocratic regime, and urges his followers to refuse to pay taxes, serve in the military, enroll children in school or vote in elections. He views Turkey as Dar al-Harb, which means the war territory infidels still rule. He said he is staunchly opposed to interfaith dialogue, despises the alliance of civilizations project and rejects any tolerance of or compromise with non-Muslims.

Şahmerdan, 58-year-old former imam who resigned from his government job at the Religious Affairs Directorate (Diyanet), where he served for 18 years until 1995, had launched the Vasat group, an offspring of Turkish Hezbollah. The group takes its name from an Islamist magazine called Vasat that was published in 1996 and 1997. Şahmerdan made a notorious name for himself when his group bombed a bookstand operated by the Müjde publishing house, which was selling Bibles in Turkey’s southeastern province of Gaziantep, on Sept. 14, 1997. A 4-year-old boy identified as Ali Özdemir was killed and 24 others were injured in the attack, which was staged by Şahmerdan followers Burhan Kaba and Mehmet Kurt, who tossed a hand grenade into the crowd.

Şahmerdan was tried in 1998 and sentenced to 18 years, six months in prison, and the verdict was upheld when Vasat was recognized as a terrorist group on June 28, 1999 with decision No.1995/2873 of the 9th Chamber of the Supreme Court of Appeals. He was released on parole in March 2007. But police detained him and 52 others two years later, on April 27, 2009, as part of the ongoing investigation into Vasat, which displayed signs of new formation and activity with Şahmerdan’s release. On Dec. 19, 2011 the Adana 7th High Criminal Court convicted him, his two sons and 11 others on terrorism charges. Süheyl Sarı, Muhammed Sarı, Mehmet Yılgın, İzzettin Avcı, Resul Bulanık, Abdullah Doğan and Aydın Yalman, who were sentenced to six-and-a-half years, were sent to a prison in Gaziantep. Şahmerdan was also sentenced to 12 years, six months. When he was released pending appeal, Şahmerdan fled to Arbil in Iraq’s Kurdistan region and became a fugitive. Convicts İsmet Yener, Mehmet Bilici, Abdullah Tuncer, Ahmet Balki and Orhan Çelik also remained at large.

Turkey’s Supreme Court of Appeals upheld Şahmerdan’s second conviction on April 11, 2014. Based on the arrest warrant issued through Interpol, he was detained by Kurdish authorities in Iraq on Nov. 25, 2014 and put in jail. His appeal on rights violations filed with the Constitutional Court was also rejected. His followers tried to get him extradited to Turkey, and they finally succeeded on Feb.13, 2018. He was detained at the airport upon his arrival, processed, arrested at an arraignment hearing at Bakırköy Courthouse and sent to Metris Prison.

This is only a temporary setup as he will probably soon be released just like many other jihadist clerics were let go after intervention by the Erdoğan government. It appears the years-long campaign launched for Şahmerdan’s release by al-Qaeda-affiliated groups in Turkey is about to be realized. For example, the Jabhat Nusra-affiliated Öncü Nesil Humanitarian Relief Association (Öncü Nesil İnsani Yardım Derneği), whose members were investigated and arrested only to be released after meddling in the case by the Erdoğan government, issued a statement on Aug. 4, 2016, stating that the cleric Şahmerdan was a victim of Christian Crusaders as well as Turkish Muslim scholar Fethullah Gülen, a champion of interfaith dialogue. The statement praised Şahmerdan as a jihadist and called for his release as soon as possible.

This is certainly not an isolated incident and follows a familiar pattern in which the Erdoğan government has managed to secure the release of dangerous jihadist leaders in the last several years. Salih İzzet Erdiş, popularly known to his followers as commandant Salih Mirzabeyoğlu, the convicted head of fundamentalist militant group the Great Eastern Islamic Raiders Front (İBDA/C or IBDA-C), was released on July 23, 2014. Erdoğan personally met with him after he was let go, and his violent group is now an ardent supporter of Turkey’s Islamist president. IBDA-C was involved in a joint plot with al-Qaeda in conducting the 2003 İstanbul bombings of two synagogues, an HSBC bank and the British Consulate General and the 2008 attack on the US Consulate General in İstanbul as well as the killings of dozens of people in the 1990s. Mirzabeyoğlu received a life sentence, yet he is out and roams free now.

Similarly, many members of Turkish Hezbollah, which mainly draws its constituency from among Kurds, were let go. Huda-Par, the political wing of Hezbollah, has decided to back Erdoğan’s party in elections as payback and worked in predominantly Kurdish provinces to collect more votes for the ruling Justice and Development Party (AKP). Another example would be the release and acquittal of Turkish al-Qaeda affiliate Mullah Muhammed (real name, Mehmet Doğan), a radical cleric who calls for armed jihad and the killing of Americans. Mullah Muhammed, a Kurd, led a group called Tahşiyeciler, which openly endorsed Osama bin Laden and called for supporting bin Laden’s army. This mullah is now working hard to enlist fanatics for Erdoğan’s campaign.

Perhaps the Turkish president is thinking that he can tap Şahmerdan and his organization to woo more Kurds to his side especially ahead of elections scheduled next year. If that is the case, Vasat is expected to play a role in the Kurdish file as part of Erdoğan’s ambition of transforming Turkey into a hotbed of fanatic Islamists. No wonder Şahmerdan was hosted by the Erdoğan-family-controlled A Haber news station on Sept. 21, 2014, as part of a public relations drive to portray this radical cleric as an innocent victim. During the program he rejected interfaith dialogue and called Erdoğan’s vocal critic Gülen an infidel. Although the Vasat group mainly operated out of Gaziantep, a province where many Islamic State in Iraq and the Levant (ISIL, ISIS, Daesh) militants operated various cells, it has also been active in Turkish provinces such as Adana, Adıyaman, Kahramanmaraş, Şanlıurfa and Osmaniye, where Kurds represent a sizable part of the population.

In the meantime, Erdoğan has also punished judges and prosecutors who were involved in the criminal prosecution and trials of Şahmerdan and his Vasat group to send a chilling message across the board to the Turkish judiciary. Zeka Kayalı, the presiding judge who served at the Adana 7th High Criminal Court and oversaw the Vasat trials from February 2011 to December 2011, was one of the judges on the panel that convicted and sentenced the Vasat leader. He was later demoted and assigned to a different court before he was suspended. He was detained on July 16, 2016 along with 2,745 judges and prosecutors and later formally arrested and put in prison. Müslüm Uzun and Cuma Afşar, judges at the Adana court where the Vasat case was tried, were investigated in December 2015 and arrested in July 2016. Turkish prosecutor Ahmet Mithat Temel, who investigated Vasat, was also arrested in July 2016 and has been in pretrial detention since then. Ekrem Ertuğrul, the president of the 9th Chamber of the Supreme Court of Appeals, and judges Ahmet Toker, Fikriye Şentürk Abdurrahman Kavun of the same chamber who upheld the conviction of Vasat members, were also arrested in July 2016 and put in prison.

In today’s Turkey, radical and violent clerics and their networks are protected, supported and funded by the Erdoğan regime. Ironically, those who criticized, investigated and prosecuted these extremist figures were severely punished, including but not limited to long pretrial detentions with no due process or fair trial.