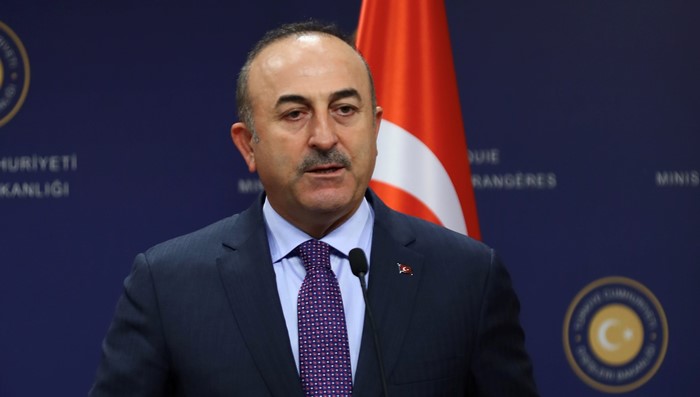 Turkey’s foreign minister on Monday warned against any intervention by Syrian pro-government forces alongside Kurdish militias in northern Syria, saying it would not prevent Ankara from continuing its month-old offensive, Agence France-Presse reported.

“If the regime is entering [Afrin] to oust the PKK [Kurdistan Workers’ Party], YPG, there is no problem. But if they are entering to protect the YPG, then no one can stop us and Turkish soldiers,” Çavuşoğlu said during a visit to Jordan.

“This is true for Afrin, Manbij and the east of the Euphrates River,” Çavuşoğlu added at a joint news conference in Amman with his Jordanian counterpart Ayman Safadi.

Turkey views the YPG as a terrorist offshoot of the outlawed PKK, designated a terrorist group by Ankara, the United States and the European Union.

On Monday, SANA said “popular forces will arrive in Afrin within a few hours to support its people’s stand against the Turkish regime’s attack on the area and its people,” citing its correspondent in Aleppo.

Turkish President Recep Tayyip Erdoğan has previously threatened to expand the operation to include the YPG-held town of Manbij and other towns leading to the Iraqi border.

The Turkish army, backed by Syrian rebels, has been conducting a ground and air offensive against the region since Jan. 20 to drive out the YPG.
Çavuşoğlu said the aim of the operation, dubbed “Olive Branch,” was “clear” and aimed at “removing terrorists” from its southern border.

Damascus previously denounced Ankara’s “aggression” in Afrin but had never explicitly said it would intervene before Monday.

Syria’s Kurds have gradually implemented a self-rule model across much of the country’s north, including Afrin, since 2012.

Kurdish fighters and government troops have largely stayed away from each other since then, albeit short-lived clashes in the cities of Hasakeh and Qamishli.