At least three people died and five others were missing after a boat carrying a group of eight capsized on Tuesday in the Maritsa River while seeking to escape a post-coup crackdown in Turkey.

According to Turkish media reports, the dead were identified as Ayşe Abdurrezzak, a 37-year-old teacher who was earlier dismissed from her job in the crackdown, and her children Abdulkadir Enes Abdurrezzak (11) and Halil Munir Abdurrezzak (3).

Turkey’s Disaster and Emergency Management Agency (AFAD) managed to recover the bodies of the three family members, while the four missing had yet to be found at the time of writing. The eighth had made it into Greece, according to AFAD.

Media said residents near the river heard screams and informed the gendarmerie.

According to people with knowledge of the situation, the boat was carrying three men, three children and two women.

One of the men, Ayşe’s husband, is also a teacher who was earlier dismissed from his job under a post-coup state of emergency decree. 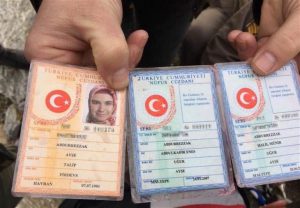 Thousands of people have fled Turkey due to a massive witch-hunt launched by the Justice and Development Party (AKP) government against sympathizers of the Gülen movement in the wake of a failed coup attempt on July 15, 2016. The government accuses the movement of masterminding the coup, while the movement denies any involvement.

Some 150,000 people have been detained, and nearly 60,000 including academics, judges, doctors, teachers, lawyers, students, policemen and others have been put in pretrial detention since the coup attempt. Meanwhile, 150,000 people have lost their jobs in the government’s post-coup purge of state institutions.

Many tried to flee Turkey illegally as the government had cancelled thousands of passports.

In November 2017, Huseyin Maden, a 40-year-old Kastamonu teacher, also dismissed in the aftermath of the failed coup, drowned along with his wife and three children while seeking to flee to the Greek island of Lesvos. (Turkey Purge)