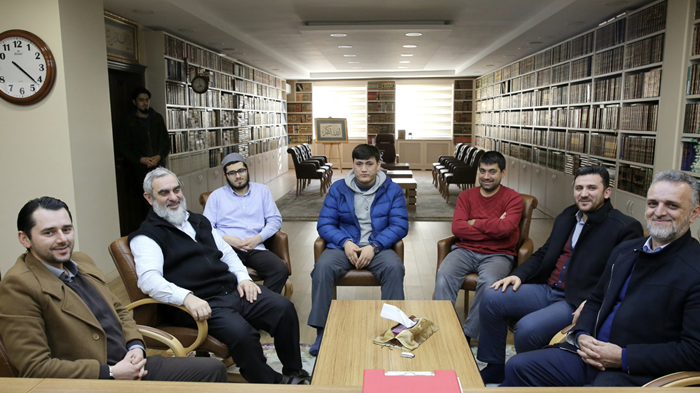 Macedonia has been targeted by a hostile Islamist agenda discreetly pursued by the government of Turkish President Recep Tayyip Erdoğan, who has put in place mechanisms and policies to radicalize Muslims in this country of 2 million people. From Ankara’s perspective, this Balkan state with a diverse demographic and strategic location is seen as a gateway and springboard for moving forward with Islamist projects devised by the Erdoğan regime for all of Southeast Europe.

The recruitment of young Muslims from Macedonia has been encouraged by Islamist NGOs that have the political and financial backing of the Erdoğan government, while official Turkish government agencies are involved in more subtle ways of aiding and abetting these proselytizing efforts. On the first track, two Turkish Islamist NGOs stand out from the rest, although there are others that work in the shadows as well. One is the Foundation for Human Rights and Freedoms and Humanitarian Relief (İnsan Hak ve Hürriyetleri ve İnsani Yardım Vakfı, or İHH in Turkish), a pro-government Islamist organization that smuggled arms to al-Qaeda-affiliated jihadists in Syria and Libya. A confidential investigation in 2014 revealed that İHH head Bülent Yıldırım had been working closely with Hakan Fidan, the chief of Turkey’s National Intelligence Organization (MİT) and a confidante of Erdoğan.

The second NGO is the Social Fabric Foundation (Sosyal Doku Vakfı in Turkish), which is run by jihadist cleric Nureddin (or Nurettin) Yıldız, a radical imam who is closely aligned with the Turkish president. Nureddin often preaches to youth groups organized by the foundation, which is run by Erdoğan’s family, as well as the youth branches of the ruling Justice and Development Party (AKP). He openly advocates jihad, describes democracy as a system for infidels and says it can only be used as a means of deception to rise to power. His vision perfectly fits the pattern of how Erdoğan usurped power in Turkey by using democratic elections and becoming a tyrant, jailing critics and seizing the businesses of dissenters. Yıldız is the man who radicalized the young, al-Nusra-affiliated police officer who assassinated the Russian ambassador to Turkey in Ankara in December 2016. This radical imam even suggested murdering and hacking off the hands and feet of Erdoğan’s jailed critics instead of caring for them in prisons.

This radical Turkish cleric has been working to expand operations in Macedonia for almost a decade now. On Feb. 3, 2018 Rufat Sherifi, the head of the Islamic Youth Forum (Forumi Rinor Islam, or FRI), and his associates from Macedonia visited Yıldız in the cleric’s Istanbul office where they discussed joint projects. This is not the first contact FRI made as Yıldız was invited in 2009 to Macedonia to give a series of lectures at the invitation of FRI. In December 2010, a group of imams from Macedonia were hosted by Yıldız in Istanbul as well.

Sherifi is also involved in another charity organization called Kalliri i Mirësisë (Spike of Kindness), a humanitarian association that is a partnering with the Turkish İHH and which has a large footprint in this country. In fact, there were three Macedonian nationals who joined the flotilla campaign that was organized in 2010 by the İHH to break the Gaza blockade. A violent clash aboard the Mavi Marmara resulted in an attack on the open sea with nine Turkish nationals and one Turkish-American killed.

Interestingly enough, Turkish government agencies are linked to Macedonian Islamists through these Islamist associations. For example, the Turkish Cooperation and Coordination Agency (TİKA), the government’s aid agency for overseas works, also chose Kalliri i Mirësisë as a local partner and funded projects run by Sherifi and his associates. TIKA maintains an office in Skopje staffed with a country coordinator and had completed almost 600 projects in this small country by the end of 2017.

The Turkish government’s giant educational foundation called Maarif, which was set up by a special law Erdoğan pushed through Parliament in June 2016, has also been active in this country, trying to gain a foothold with projects that will transform young Macedonians into Islamist followers of Erdoğan, who sees himself as the leader of all Muslims, an undeclared caliph.

Defending the bill on the Maarif Foundation in Parliament on June 16, 2016, İsmet Yılmaz, the education minister, emphasized that the foundation was owned by the state and described the initiative as proof of the Turkish state’s ambition to project greater power in the world. He said the foundation would operate in places from “the Balkans to Eastern Turkistan [China’s Xinjiang Uyghur Autonomous Region] and from Somalia to Canada.”

Maarif is effectively run by Islamist figures such as Osman Nuri Kabaktepe, a member of the board of trustees. Kabaktepe also served on the board of the İHH. According to the law, Maarif was authorized to receive international funds, suggesting that it can act as a “washing machine” to launder funds from questionable sources for ostensibly educational projects. In fact, during a visit by Turkish Minister Lütfi Elvan to Saudi Arabia in October 2016, Majid bin Abdullah Al Qasabi, the Saudi minister of commerce and investment, and Ahmet Tıktık, vice president of the Islamic Development Bank (IDB), reportedly pledged to provide funds to Maarif to build schools abroad. This means creeping Salafist teachings will make their way abroad including to Macedonia through a Turkish government foundation.

Yunus Emre, a culture promotion agency for the Turkish government, is another government agency that is active in Macedonia. It is clear that Erdoğan is pushing all the government agencies to focus on this Balkan nation with all sorts of schemes ranging from mosque building to establishing schools as part of a grand design to create a vassal state that will be loyal to his Islamist rule. Turkey’s state-lender Halkbank – which was involved in sanction busting for the Iranian regime with the approval of President Erdoğan, who benefited from commissions on money laundering schemes — set up a banking and finance operation in Macedonia with Halk Banka A.D. Skopje. The Turkish bank is the fifth largest in the country and operates as a channel for transferring funds. The bank has been on the radar of US agencies for some time. Hakan Atilla, a senior banker who was in charge of international operations for Halkbank, was convicted in January 2018 on half a dozen charges in US federal court in New York.

In order to coordinate the flurry of activities targeting this tiny Balkan state, Erdoğan appointed a deputy from his party, Tülin Erkal Kara, as ambassador in June 2016. Kara is a political appointee and not a career diplomat. She knows her job description is not confined to diplomatic courtesies and hosting receptions. Kara has been busy managing the traffic between Ankara and Skopje, with operatives from Turkish security and intelligence services visiting her residence quite often to maintain the base shop the Turkish government set up in Macedonia to manage Balkan-wide clandestine operations. If unchecked, this pet project of Erdoğan’s is not only a clear and present danger for the security of Macedonia; it also poses serious risks of spillover for all the neighboring states.