Only 1 released in trial of jailed journalists facing coup charges 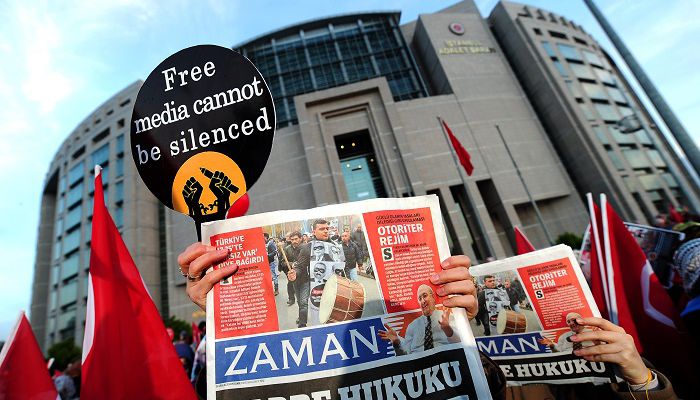 An İstanbul court on Tuesday decided to release a jailed journalist for medical reasons in the latest hearing of a trial in which 29 journalists face coup and terror charges over alleged links to the faith-based Gülen movement, which is accused by Turkish authorities of orchestrating a failed coup in July 2016.

In Tuesday’s hearing at the İstanbul 25th High Criminal Court, the court decided for the release of journalist Halil İbrahim Balta, who has been experiencing serious health problems. Balta was a journalist at the now-closed Zaman daily, which was closed down by the government in the aftermath of the coup attempt due to its links to the Gülen movement.

Some of the 29 journalists on trial have been released on their own recognizance, while two of them, Said Sefa and Bülent Ceyhan, are at large. Some 10 journalists are in pretrial detention, and the court on Tuesday ruled for the continuation of their arrest.

Journalist Kaya, who also used to work for the Zaman daily, said he did not download the ByLock application to his mobile phone.

ByLock, a smart phone application, is seen as a sign of being a member of the Gülen movement.

He said he had been using the same mobile phone since 2012 and that no trace of ByLock had been found on his phone.

“It is not only me who has been jailed for 19 months, it is also my wife and daughter. I ask for my release so that we can return to our normal family life,” he said.

Ulus in his defense said he turned himself in to the police and did not renew his passport because he did not have any intention of fleeing abroad.

He said he is a member of several press organizations in Turkey and is just a journalist, so wants his release.

The court rejected the prosecutor’s request for the re-arrest of some of the previously released suspects. It ruled for the release of Balta and a continuation of the pretrial detention of all the other suspects.

The next hearing is set for Feb.22.