Despite denials from Ankara, the US State Department on Thursday stood behind a readout released by the White House on Wednesday of a phone call between Turkish President Recep Tayyip Erdoğan and US President Donald Trump.

When a reporter at Thursday’s daily press briefing pointed out “deep differences” between the White House version of the phone conversation and that of Turkish officials, US State Department Spokesperson Heather Nauert said: “It doesn’t surprise me. I think the president was clear. I think the president [Trump] was tough with President Erdoğan.”

“We stand by — when I say ‘we,’ at this point, I say on behalf of the State Department and also the White House  — we stand by that statement. We stand by the readout and the contents of that call,” she added.

“President Trump relayed concerns that escalating violence in Afrin, Syria, risks undercutting our shared goals in Syria. He urged Turkey to deescalate, limit its military actions, and avoid civilian casualties and increases to displaced persons and refugees. He urged Turkey to exercise caution and to avoid any actions that might risk conflict between Turkish and American forces,” said the White House readout.

“President Trump also expressed concern about destructive and false rhetoric coming from Turkey, and about United States citizens and local employees detained under the prolonged State of Emergency in Turkey,” the White House added.

But Ankara denied the content of the White House readout.

“I think the statement was prepared by the United States before the telephone conversation took place,” Turkish Foreign Minister Mevlüt Çavuşoğlu said on Thursday.

“Hence, it did not fully reflect the truth.”

Turkish Deputy Prime Minister Bekir Bozdağ on Thursday said if the US does not want a confrontation with Turkey, it should stop arming terrorist organizations.

Bozdağ called on the US to stop arming the Syrian Kurdish Democratic Union Party (PYD), which it sees as the Syrian extension of the outlawed Kurdistan Workers’ Party (PKK).

“I think that’s exactly why the president and the secretary urges [sic] Turkey to de-escalate and make sure they’re not coming into contact with US and other coalition forces. I think the secretary and the president have been very clear with President Erdoğan and with the secretary’s counterpart about that matter,” Nauert said when a journalist asked if the US was concerned about a possible conflict around Manbij between US and Turkish troops.

“The best solution is to release all phone calls as voice recordings. Hence, the facts will be revealed,” Kılıçdaroğlu said.

Turkey on Jan. 20 launched Operation Olive Branch in Syria’s Afrin region against People’s Protection Units (YPG) positions, a component of the PYD, considered by authorities in Ankara to be an extension of the PKK, which has waged a decades-long war against the Turkish state. 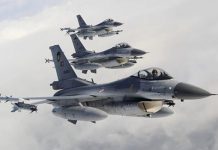 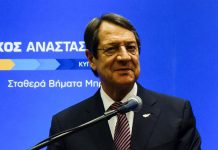