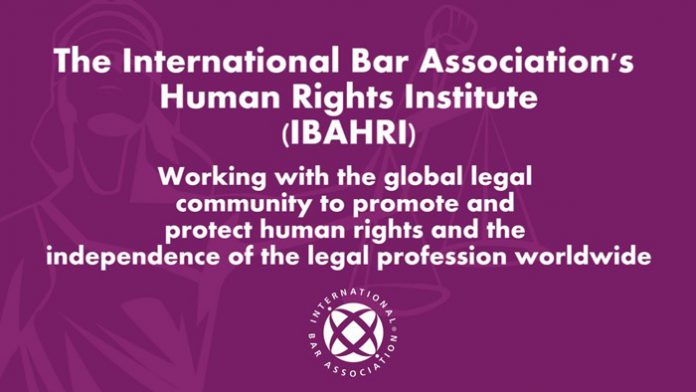 The International Bar Association’s Human Rights Institute (IBAHRI) has called on the government of Turkey to halt the persecution of human rights defenders and legal professionals amid growing evidence that they are being systematically persecuted, detained and prosecuted by Turkish authorities.

In a statement published on the website of the Arrested Lawyers Initiative to mark the 2018 “Day of the Endangered Lawyer,” IBAHRI Co-chair retired Ambassador Hans Corell commented: “The IBAHRI is deeply concerned by the large number of individuals arrested in Turkey who are part of groups promoting human rights and democracy in the country, or who have been working on cases in which authorities were, to some extent, involved. This situation demonstrates a flagrant disregard for the rule of law and is a deliberate attack on human rights defenders and legal professionals. We call on the Turkish government to bring an end to this deplorable situation and to adhere to international instruments, including the Universal Declaration of Human Rights, the International Covenant on Civil and Political Rights, and the European Convention on Human Rights, by which Turkey is bound.”

Since a state of emergency was declared following an attempted coup in Turkey in July 2016, reports show that President Recep Tayyip Erdoğan and his Justice and Development Party (AKP) government have systematically targeted lawyers, with 572 arrested, 1,488 under prosecution and 79 sentenced to long-term imprisonment. Approximately 34 bar associations have been shut down.

“The IBAHRI is also concerned with the reported allegations of torture and mistreatment against detained lawyers, and urges the Turkish authorities to prevent any further forms of mistreatment and to immediately and effectively investigate all allegations of torture and ill-treatment,” commented IBAHRI Co-chair Michael Kirby, adding: ”For Turkey to move out of its current period of turmoil, and end the state of emergency, it is essential that it ceases to target human rights defenders and legal professionals. To this end, we call on the Turkish authorities to release, without delay, all those who have been illegitimately arrested or detained for excessive periods without independent, judicial supervision based upon credible evidence and lawful authority since July 2016.”