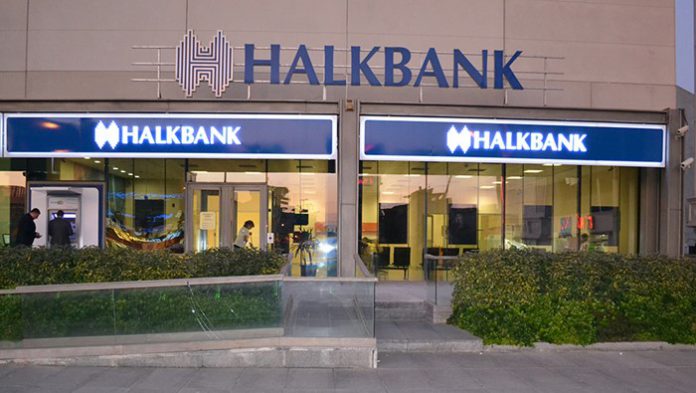 A demand for as much as $37.5 billion could be the opening move for US authorities seeking to punish Turkey’s state-run Halkbank for violating sanctions on Iran, Mark Bentley reported for the Ahval news website on Friday.

The US Treasury may have already presented its initial request to Turkish negotiators as talks begin on a possible deal as Deputy Prime Minister Mehmet Şimşek stated earlier this week that Turkey would not pay should the government consider the final figure unreasonable and politically motivated.

Alleged transgressions by Halkbank officials, which also include fraud, have been a major bone of contention between the two countries ever since Reza Zarrab, an Iranian-Turkish gold trader, was arrested in Miami in March 2016.

After turning state’s witness, Zarrab’s testimony at a trial in New York last month and the guilty verdict against Halkbank deputy CEO Mehmet Hakan Atilla have bought US-Turkish relations to the breaking point, adding to the displeasure already expressed by Ankara toward US policy in Syria and its support for Kurdish militants there.

In the clearest indication of the size of the transgressions, Zarrab told the Manhattan jury that he made $100-$150 million from the scheme to funnel Iranian cash through the international banking system. He said he earned the money by charging commission rates of 0.4-0.5 percent of the total cash volume.

“Probably the negotiations will be starting from around these levels,” one analyst with knowledge of the US Treasury’s methods who asked not to be unidentified told Ahval. “It’s a big range obviously. We may never hear such numbers. Behind the scenes negotiations may lower the amount to much smaller levels before we hear any figures.”