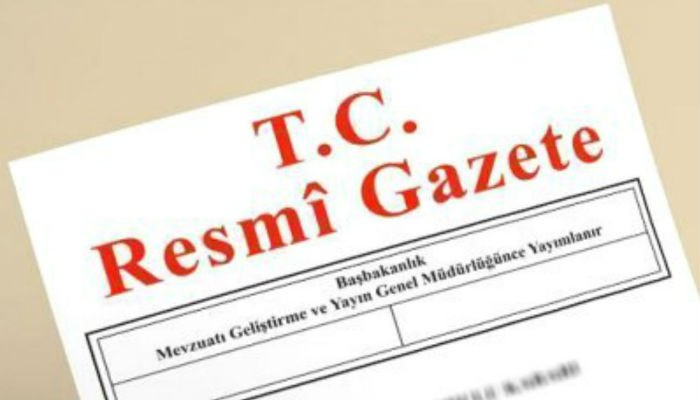 The Turkish government on Friday dismissed 262 staff members from various institutions with a new state of emergency decree, known as a KHK, the state-run Anadolu news agency reported.

According to the report, the 262 people affected included 48 Defense Ministry and military personnel.

In line with decree No. 697, 1,828 people including 54 military members who were previously fired for using a smart phone application known as ByLock were reinstated to their jobs.

The Ankara Chief Public Prosecutor’s Office on Dec. 27 stated that 11,480 GSM users were found to have been involuntarily directed to ByLock.

YEK TV and Hatmar FM radio were closed down by the new decree.

The Turkish government on Dec. 24 dismissed 2,756 employees from state institutions, including 105 academics from various universities, and also shuttered seven associations, seven foundations, two newspapers and a private company by means of decree No. 695.

Turkey has suspended or dismissed more than 150,000 judges, teachers, police and other civil servants since July 15, 2016 through government decrees issued as part of an ongoing state of emergency.

The Gülen movement is accused by the Turkish government of mounting a coup attempt on July 15, 2016. The movement strongly denies any involvement.

A total of 62,895 people were detained in 2017 as part of the witch-hunt targeting the Gülen movement.

Turkish Interior Minister Süleyman Soylu said on Dec. 12 that 55,665 people had been jailed and 234,419 passports revoked as part of investigations into the movement since the failed coup.

Minister Soylu on Nov. 16 said eight holdings and 1,020 companies were seized as part of operations against the movement.