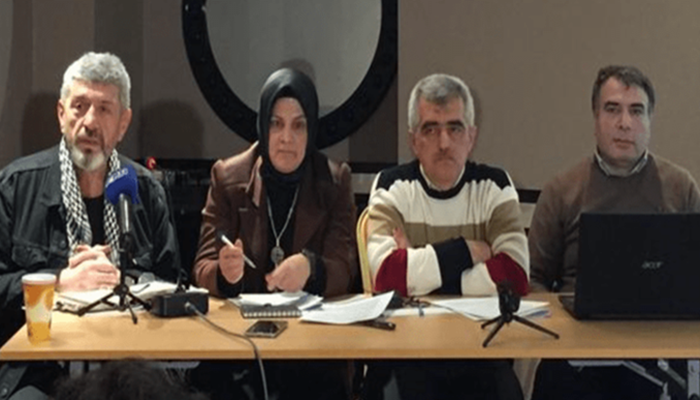 A survey conducted by the Rights and Justice Platform’s State of Emergency Research and Reporting Committee shows that 16.7 percent of people who have been detained and jailed during the emergency rule (OHAL) declared in the aftermath of a coup attempt in Turkey on July 15, 2016 have considered committing suicide, made a suicide plan or attempted to commit suicide.

The survey, titled “Rights Violations under OHAL in the Aftermath of 15 July 2016 and Its Social Dimensions” was presented to the public on Wednesday by human rights defenders Ömer Faruk Gergerlioğlu and Nurten Ertuğrul from the Rights and Justice Platform, and Cihangir İslam and Bayram Erzurumluoğlu, academics who were dismissed from their jobs by government decree.

The survey was taken between Sept. 24 and Dec. 1, 2017 with the participation of 2,173 people. The report stated that emergency rule has created serious alienation between individuals and the state and society and the state and has eliminated the separation of powers among the legislative, executive and judicial branches of government.

According to the results of the survey, 16.7 percent of people who have been detained and jailed have considered committing suicide, made a suicide plan or attempted to commit suicide. The poll also showed that prosecutors have not drafted indictments for 46.2 percent of respondents who were under legal investigation and that they have never appeared in court.

According to the survey 23.5 percent of people who were taken into custody in the wake of the coup attempt on July 15, 2016 said they were ill treated and tortured under detention. They listed the most common abuse and torture as psychological pressure, preventing communication with family members, verbal violence and toilet-bathroom restrictions.

Underlining that 91.3 percent of participants said they used to work in the public sector before the coup attempt, the report indicated that 75 percent who were employed in the private sector stated that they became jobless after their companies were closed down by government decrees while 15 percent said they were fired from their jobs and 6.9 percent stated that they had been obliged to resign.

According to the poll, 92.1 percent of the victims’ relatives said the most important problem for them was economic hardship. It was followed by social exclusion, at 86.6 percent, and psychological problems, at 86.5 percent. One of the participants was quoted by researchers as exemplifying the degree of the social exclusion: “Now I have a ‘social plague.’ Although the people around me know me well, they are trying to distance themselves from me because they are afraid the government will harm them.”

The survey says that 81.3 percent of people who have been investigated during OHAL think the investigations are unfair, and 55.6 percent say they cannot exercise their right to a defense and evidence during these investigations and trial processes.

The survey shows that 96.6 percent of respondents who were dismissed by government decree think they have been discriminated against by public institutions; 96.9 percent believe they have suffered discrimination in a prejudiced society; and 98 percent say the state of emergency has not increased the safety of citizens.

A large part of the survey consists of participants’ narratives, some of which are as follows:

* I do not have faith in justice, law and rights in my country. I have also lost my faith that they can be fixed.

* I have lost my appetite for life since everyone sees me as a criminal, saying, ‘If you were dismissed you had to have done something wrong.’

* I have lost my trust in the state and the people. There have been radical changes in my beliefs.

* My thoughts about the concepts of state, nation and religiosity have changed radically.

* I have lost faith in religious people.

* I no longer believe in someone who says ‘I am a Muslim.’

* It’s a bad feeling to be fired even from mosques.

Turkey survived a coup attempt on July 15, 2016 that killed 249 people. Immediately after the putsch, the Justice and Development Party (AKP) government along with President Recep Tayyip Erdoğan pinned the blame on the faith-based Gülen movement.

Turkey has suspended or dismissed more than 150,000 judges, teachers, police and civil servants since July 15. Turkey’s interior minister announced on Dec. 12, 2017 that 55,665 people have been arrested. On Dec. 13, 2017, the Justice Ministry announced that 169,013 people have been the subject of legal proceedings on coup charges since the failed coup. (Stockholm Center for Freedom [SCF] with Turkish Minute)