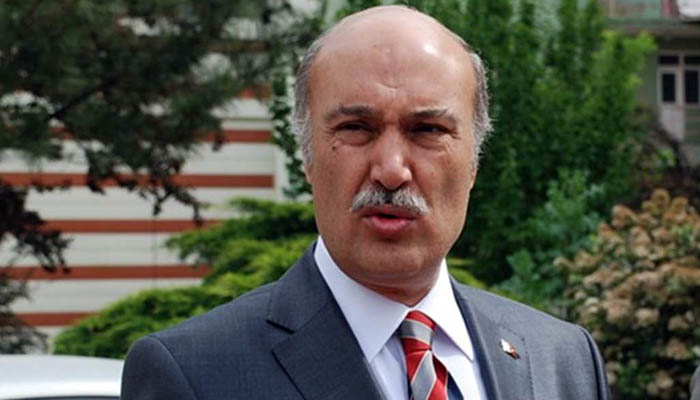 An İstanbul court on Tuesday ordered the release of former İstanbul Police Chief Hüseyin Çapkın, under investigation over alleged links to the Gülen movement, on condition of house arrest.

In June of this year an İstanbul prosecutor drafted an indictment seeking three consecutive life sentences for Mutlu and Çapkın for their links to the faith-based Gülen movement, which Turkish authorities accuse of being behind a failed coup last year.

According to the indictment submitted by İstanbul Public Prosecutor Emine Koçak to the İstanbul 30th High Criminal Court, five suspects including Mutlu and Çapkın were charged with “violating the Constitution, membership in a terrorist organization and attempting to abolish the government of the Republic of Turkey and the Parliament through violence.”

Çapkın, who served as İstanbul’s chief of police between 2009 and 2013, was detained in the western province of İzmir on Aug. 31, 2016 as part of an investigation launched by the İstanbul Chief Public Prosecutor’s Office into the attempted coup. He was released in November.

Mutlu was arrested in August 2016 for alleged involvement in the failed coup.

Mutlu and Çapkın were serving at their posts in İstanbul when a corruption investigation went public in the week of Dec. 17-25, 2013, implicating senior members of the ruling Justice and Development Party (AKP) government and people from the inner circle of President Recep Tayyip Erdoğan.

The AKP government branded the corruption investigation a “coup attempt” by the Gülen movement, although the movement strongly denies any involvement, and arrested dozens of police officers who conducted the probe.

In his testimony Çapkın said he did not have prior information about the Dec. 17-25 corruption investigation, either.

He was removed from his post after the corruption investigation became public knowledge in late 2013.

Turkey survived a coup attempt on July 15, 2016 that killed 249 people. Immediately after the putsch, the AKP government along with President Erdoğan pinned the blame on the Gülen movement.

Previously, on July 13, 2017, the Justice Ministry announced that 169,013 people have been the subject of legal proceedings on coup charges since the failed coup.