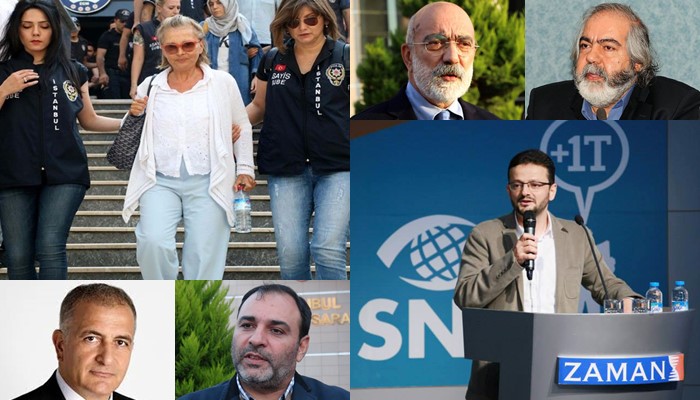 During a hearing at the İstanbul 26th High Criminal Court where 17 journalists are standing trial, the prosecutor gave his opinion, accusing the Altan brothers and Ilıcak of “attempting to destroy the order established by the Constitution of the Republic of Turkey, or to replace it with another order, or to prevent the actual implementation of that order by the use of force or violence.”

The court in September ruled to separate the files of former Zaman daily Editor-in-Chief Dumanlı, Today’s Zaman Editor-in-Chief Keneş and journalists Tuncay Opçin and Emre Uslu from the case.

Ahmet Altan and Mehmet Altan, writer and journalist brothers, and Ilıcak are among 17 defendants accused of membership in the alleged “media arm” of the Gülen movement.

Both Mehmet Altan and Ahmet Altan, who were detained on Sept. 10, 2016, were accused of sending “subliminal” messages regarding the failed coup attempt on a TV show a day before the putsch.

Ahmet Altan is a novelist and former editor-in-chief of the now-closed-down Taraf newspaper. The daily ran headlines that led to the Ergenekon and Balyoz coup plot investigations, which helped the Justice and Development Party (AKP) government subdue the role of the military in Turkish politics. After quitting Taraf, Altan resumed writing harsh critical columns against the increasingly authoritarian AKP government and President Erdoğan.

Mehmet Altan, an economics professor at İstanbul University, is also a columnist known for his liberal views and criticism of the government amid increasing and unprecedented pressure on the media and dissidents.