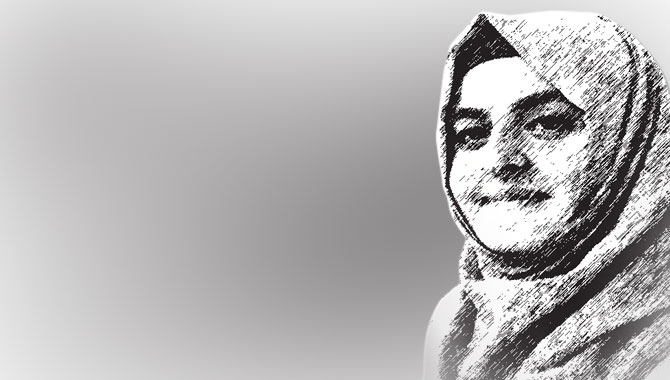 The İstanbul 26th High Criminal Court on Tuesday ruled to continue the detention of Naciye Nur Ener Kılınç, who was imprisoned on March 5, 2017 over alleged links to the Gülen movement.

According to the ruling, the prosecution was not able to collect some evidence that Ener might remove once she is freed. The trial was adjourned to Feb. 20, 2018.

Ener was detained by police teams who raided her house on the night of March 5 and was subsequently arrested by the İstanbul 4th Penal Court of Peace and sent to Bakırköy Women’s Prison in İstanbul.

Ener was arrested based on a letter from an informant who accused her of being a follower of the faith-based Gülen movement and using a smart phone application known as ByLock, which is considered by Turkish authorities as the top communication tool among followers of the movement.

Although the informant, an old friend of Ener’s, called the journalist and told her that they reported her to the police because of anger at somebody else and regretted what they did, this was not taken into consideration by the judicial authorities.

In her defense, Ener denied any links to the Gülen movement and using ByLock.

In October, a newly released book on human rights violations in Turkey in the aftermath of a failed coup last year, written by Ener, was banned in Turkish prisons.

Guards in a prison in Turkey seized a copy of the book, titled “Üç Dal Papatya” (Three Daisies), when a suspect’s child brought it as a gift for their parent, Yeni Asya reported on Oct. 20.

The book includes letters from victims who were dismissed from their job, detained and jailed over alleged links to the Gülen movement, which is accused by the Turkish government of being behind the failed coup attempt.

In order to make the voice of the victims of the Turkish government’s massive human rights violations heard, journalist Ener began to compile the letters to publish as a book earlier this year. However she was also detained on March 5, 2017 over alleged links to the Gülen movement.

Her colleagues completed the unfinished book and published it since Ener is still in prison.

Share
Facebook
Twitter
Pinterest
WhatsApp
Email
Print
Copy URL
Previous articleZaman journalist Soncan: I am honored to be in prison for my views
Next article[VIDEO] Report: Gülen-linked family flees to Greece, pretending for children it was a ‘game’