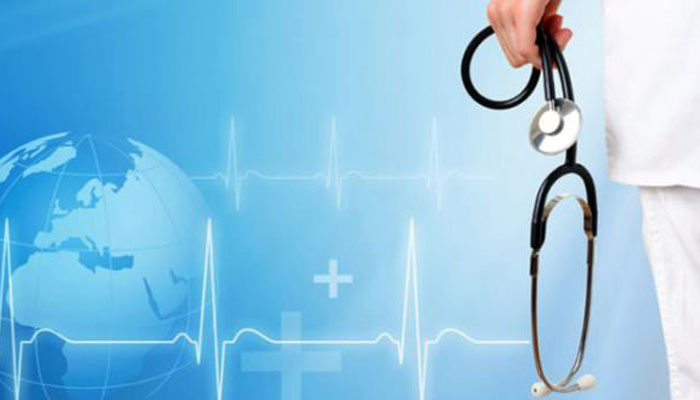 More than 21,000 health care professionals including doctors, nurses, medical professors, technicians and hospital staff have thus far been dismissed from public and private hospitals as well as medical schools and associations in Turkey as part of a crackdown on perceived critics of the government, research by the Stockholm Center for Freedom (SCF) has revealed.

Many of these purged health care professionals have faced criminal proceedings on fabricated terrorism and coup plotting charges by the authoritarian government of President Recep Tayyip Erdoğan. Thousands of doctors, nurses, pharmacists, scientific publishers and health authorities have ended up in jail, where they face torture and ill treatment, as part of an unprecedented crackdown on real or perceived critics of the regime.

Those who are still not in jail risk imprisonment as well because the government, without any administrative or judicial probe, branded them as terrorists overnight and will soon come after them once the backlog eases in the criminal justice system, which has locked up over 50,000 people within the last year. Only a fraction of those dismissed are able to leave Turkey because the government has cancelled the passports of health care professionals or has rejected passport applications for family members.

“Turkey’s crackdown on health care professionals including leading specialists and top surgeons and the closure of hospitals purely as a political vendetta has far-reaching implications that echo well beyond Turkey’s borders,” Abdullah Bozkurt, the president of SCF, has said.

“This unprecedented annihilation of health care professionals in Turkey is one of the most underreported stories. It has to be widely reported, emphasized and amplified with a view toward putting pressure on Turkey to halt and reverse gross injustices,” he added.

In 2016 almost 50 hospitals and clinics including the nation’s leading hospitals in Istanbul and Ankara were shut down by the Turkish government by way of simple decree-laws. The pretext was alleged ties to the Gülen movement, a civic group that has been critical of the Erdoğan government. This has taken a huge toll on the health industry in Turkey, increased the shortage of health care professionals such as doctors and nurses and restricted access to quality health care by many people who depended on services provided by doctors in the shuttered health institutions.

Moreover, many dismissed doctors and other healthcare workers report that they could not find jobs in the private sector because they were marked as “terrorists” by the government without an opportunity to defend themselves against these accusations in either administrative probes or judicial investigations. Those who have been lucky enough to land jobs say they face mobbing, harassment and humiliation in their new workplaces.

Health care professionals living in exile are confronted with a new set of challenges, from financial hardship to difficulty in securing recognition of their medical licenses in their new countries of residence. Lengthy asylum procedures, language barriers, cultural differences and challenges in entering the labor force coupled with the psychological trauma they suffered as they fled Turkey have burdened them.

The terrible result of these dismissals and arrests has adversely impacted patient care in Turkey, where in some provinces people are unable to find doctors and specialists and are forced to make long trips to other cities to get treatment after lengthy delays. In the meantime, access to health care for detainees and prisoners has become increasingly difficult and challenging as a result of overcrowded prisons where the number of political prisoners has rapidly grown. The government imposes restrictions on access to health care by political prisoners as another form of torture, ill treatment and abuse.

The unlawful closure of hospitals, medical schools and health clinics is also tantamount to violation of the right to free enterprise, which is protected by the Turkish Constitution. The health associations that were shut down by the government also had an adverse impact on overseas charitable operations by doctors who had gone to less developed countries for health screening, surgeries and the delivery of medicines.

These abrupt actions by the Erdoğan government were not based on financial considerations, health concerns or patient safety but rather were taken as part of the unprecedented crackdown on legitimate critics and opponents of the government. By doing so, Turkey has surely violated its obligations under international human rights conventions, in particular the International Covenant on Civil and Political Rights (ICCPR) and the European Convention on Human Rights (ECHR).

SCF called on the Turkish government to release wrongfully jailed health care professionals and immediately drop fabricated charges against all of them while returning hospitals, medical centers and other institutions to their rightful owners with compensation for the loss of earnings and damages sustained. (SCF with Turkish Minute)