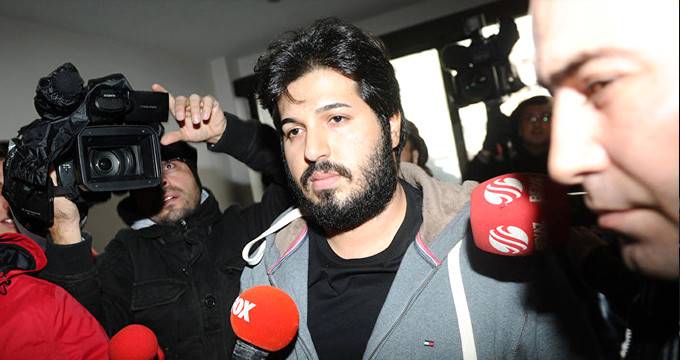 Reza Zarrab, a Turkish-Iranian gold trader who was arrested in Miami in March 2016 on charges of evading US sanctions on Iran, will not go on trial this week, a US judge in New York said Monday.

According to Reuters, Judge Richard M. Berman, the senior federal judge of the US District Court for the Southern District of New York, told potential jurors on Monday morning that Mehmet Hakan Atilla (47), an executive of Turkish state-owned Halkbank, will be the only person on trial.

Zarrab, 34, stopped appearing in court in the two months leading up to his scheduled trial, prompting Turkey’s prime minister to suggest he has reached a plea deal with US authorities.

Zarrab and eight other people, including Turkey’s former economy minister and three Halkbank executives, have been charged with engaging in transactions worth hundreds of millions of dollars for Iran’s government and Iranian entities from 2010 to 2015 in a scheme to evade US sanctions.

Benjamin Brafman, a lawyer for Zarrab, declined to comment on Zarrab’s absence at the trial. A spokesman for the prosecutors did not immediately respond to a request for comment.

The trial will begin as soon as a jury is chosen and is expected to last three to four weeks.

The case is acutely sensitive in Turkey in part because the prosecutors say Turkey’s former economy minister, Zafer Cağlayan, was involved in the alleged conspiracy. Cağlayan has denied the charges.

According to a tweet by New York Times reporter Benjamin Weiser, who is closely following the trial in Manhattan, Zarrab could be a witness in the case.

“Here is Reza Zarrab’s name as it appears on a list given to prospective jurors in the Atilla trial of ‘potential witnesses in this case and names that may come up during trial.’ This means, of course, that #Zarrab could be a witness or merely that his name will be mentioned,” he tweeted on Monday.

Meanwhile the Turkish government and President Recep Tayyip Erdoğan have said the case has been fabricated for political motives. This has exacerbated tensions between Ankara and Washington, NATO allies. Investor sentiment toward Turkey has cooled, and traders said the situation was a factor in the lira’s fall to record lows.

Prosecutors said in a court filing four weeks ago that Zarrab once told another defendant he had spoken with Erdoğan directly about the alleged scheme.

Acting US Attorney in Manhattan Joon Kim last week called the claim that Gülen was behind the US case “ridiculous.”

Turkish authorities opened an investigation into the US prosecutors who brought charges against Zarrab, state media said on Saturday, citing the allegations that it was based on fabricated documents.

President Erdoğan, then prime minister, cast that investigation as a coup attempt orchestrated by his political enemies. Several Turkish prosecutors were removed from the case, police investigators were reassigned, and the investigation was later dropped.

Erdoğan, who has not been accused of any wrongdoing, has said US prosecutors have shown “ulterior motives” by including references to him and his wife in court papers relating to the trial in New York.

Erdoğan’s attempts to redesign Islamist opposition party cause conflict within