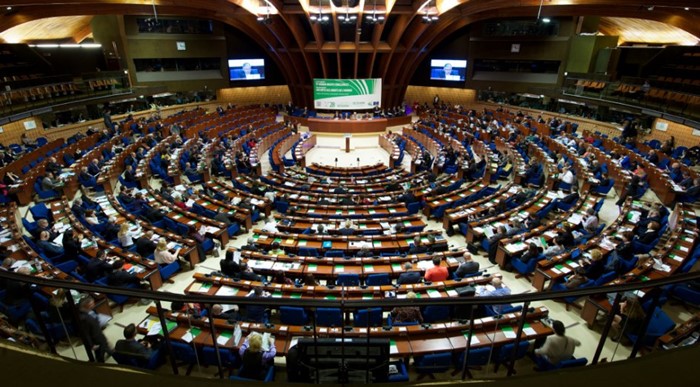 The Turkish government has ways and means of wooing members of the Parliamentary Assembly of the Council of Europe (CoE) as well as staff members of the CoE Secretariat in what can be compared to the caviar diplomacy of Azerbaijan in obtaining favorable outcomes such as swaying European Court of Human Rights (ECtHR) judgments, toned-down criticism from the secretariat and watered-down resolutions from the assembly.

Back in the days when I served in Ankara, I remember how a senior Turkish diplomat in the foreign ministry was bragging about influencing judges and the court in Strasbourg about a case related to Cyprus during a small reception held in the residence of the Hungarian ambassador near the Turkish Parliament. I was following how Mevlut Cavuşoğlu, poised to become the president of PACE in 2010 and who ran his own schemes in PACE to get what his boss Recep Tayyip Erdoğan wanted, delivered on several issues of concern at the time. He was not getting along too well with the CoE Secretary-General Thorbjørn Jagland in those days and even unabashedly asked me in Strasbourg on one occasion if I would be willing to write a defamatory article about Jagland, which I refused to do.

Cavuşoğlu did not realize I actually had known Jagland from before when the then-Norwegian ambassador to Turkey, Cecilia Landsverk, brought him to my news bureau at Zaman in Ankara in 2009 as part of Jagland’s public campaign to win the seat of CoE secretary-general. I did interview him then and later in Strasbourg on the sidelines of a PACE session. Turkey was a rising star with a booming economy, moving closer to European institutions and pursuing political reforms. I remember very well how Venice Commission officials went all the way in supporting the constitutional amendments in 2010 that would pave the way for a more independent judiciary even though the Erdoğan government did not ask for a formal opinion in the time needed for a review.

However, the independent judiciary Erdoğan said he would be looking for did not pan out the way Erdoğan contemplated when his party pushed for those amendments. In December 2013 he found himself in the middle of Turkey’s largest-ever corruption scandal that incriminated him and his family members in multibillion-dollar schemes and that involved busting US financial sanctions. To hush up these probes, Erdoğan rolled back Turkey’s achievements, reversed reforms, purged one-third of all judges and prosecutors and turned the judiciary into a partisan executive branch filled with overzealous Islamists and neo-nationalists. For all intents and purposes, he has now weaponized the judiciary to jail 50,000 people in one year and lock up journalists, human rights defenders and members of Parliament en masse.

Faced with growing isolation in European politics, Erdoğan is now using threats and intimidation tactics against the Council of Europe to cow them into silence or at least force them to tone down criticism from Europe’s largest intergovernmental body, which champions the rule of law, democracy and fundamental rights and freedoms. Addressing lawmakers in the Planning and Budgetary Commission in the Turkish Parliament on Nov. 16, 2017, Foreign Minister Cavuşoğlu openly said Turkey would cut back funding it provided to the CoE as punishment. He cited the Vaclav Havel Human Rights Prize that was awarded to jailed jurist Murat Arslan by the CoE on Oct. 9, 2017 as a reason for such dramatic action. The paradigm shift in traditional Turkish diplomacy, which lost one-third of all its diplomats after the government branded them as terrorists overnight, has replaced engagement and negotiation with blackmail, threats, slander and sheer accusations.

In May 2015 Turkey increased its contribution to the CoE’s budget while the number of seats allocated to Turkey rose from 12 to 18 in line with the country’s growing population, the third largest in Europe after Russia and Germany. At the time the Turkish delegation also asked PACE to approve Turkish as a working language, which was granted provided that Turkey foot the bill for extra expenses estimated at €700,000 or more for accommodating such a request. The Committee of Ministers Rapporteur Group on Programme, Budget and Administration (GR-PBA) recommended a 7 percent rise in the overall sum due to the rise in Turkey’s share as a result of increased seats. In the end the Turkish government’s proposal to become a major contributor to the CoE’s budget from Jan. 1, 2016 without any counterbalancing exercise was approved.

This meant that Turkey would be paying nearly €20 million in additional funding including €15 million for the ordinary budget starting from fiscal year 2016-2017. Apparently the Turkish government had tried hard to prevent the CoE from recognizing prominent jurist Arslan, who was the head of the now-dissolved Judges and Prosecutors Association (YARSAV) and former rapporteur of the Turkish Constitutional Court. The award honored outstanding civil society action in defense of human rights by Arslan, who is still in jail on fabricated terrorism charges. Yet, the Turkish minister in the budget deliberations accused him of being associated with a hoax terror group called FETÖ and slammed the CoE for granting him such a distinguished award and providing a venue for reading a letter from him in jail at the plenary.

When several lawmakers confronted Cavuşoğlu for accusing a man who is still in pretrial detention and not yet convicted of any crime, he was kind of stepping back on his harsh statements. One lawmaker asked what he would say when Arslan were to be acquitted in the end, while another lawmaker recalled the principle of the presumption of innocence. A lawmaker said all democratic judges have vouched for Arslan. Cavuşoğlu then shifted the ball to the judiciary, saying he is not the one judging him and that it is up to the court to decide his case. Nevertheless, Cavuşoğlu said he had already notified Jagland about the Turkish government’s decision to pull out from being a major contributor to the organization’s budget. He said Turkey would pay the minimum contribution, which amounted to €13 million.

In the meantime Turkey’s track record on complying with the rule of law and rights and freedoms has been worsening. With massive rights violations that blatantly breached the European Convention on Human Rights (ECHR), Turkey was again placed under monitoring by PACE in April 2017. At one time or another all CoE bodies have come up with intensified criticism of the Erdogan government on various issues of concern to the CoE. To confront this barrage of criticism that undermines the legitimacy of the Erdogan government, Turkey is not only trying to blackmail the CoE but is also playing a spoiler card by establishing a new political group in PACE, exploiting the advantage of the expanded seat allocation to Turkey. Apparently, the backroom politics that is also in play displays itself in the nay votes on resolutions that are critical of the Turkish government. Cavuşoğlu continues to treat his European friends to stays in plush hotels in Turkey’s Mediterranean resort province of Antalya, his hometown.

Turkey does not have the caviar to lobby but surely makes use of resort diplomacy to woo European politicians in luxurious hotels so that they can stand against resolutions that are critical of the Turkish government. In the face of such attacks on CoE institutions and the values it represents, the European body should take stronger action against Turkey with monitoring bodies as well as the ECtHR scrutinizing rights violations more closely and speedily. The CoE should put the Turkish government on notice that such blatant interference cannot be tolerated and stop appeasing the Erdoğan government when no such action in the name of engagement has ever produced a favorable outcome for victims.