Turkish family of 5 drowns trying to flee to Greece 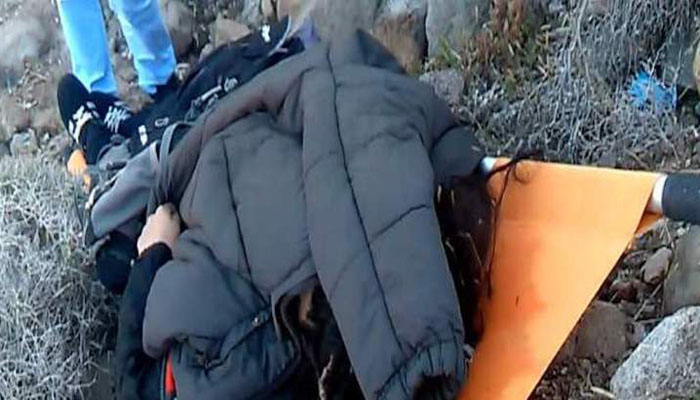 A Turkish family of five attempting to flee persecution in Turkey has drowned in the Aegean Sea near the Greek island of Lesvos, according to the Aktif Haber news portal.

Sources told Aktif Haber that bodies recently found by Greek authorities on Lesvos belong to Hüseyin Maden, who was affiliated with faith-based Gülen movement, and his family members.

The sources told Aktif Haber that relatives of the Maden family in Turkey’s Samsun province had not heard from them for several days, leading to speculation that the bodies found by Greek authorities might belong to the five members of the Maden family.

According to information gathered by Aktif Haber, detention warrants were outstanding for Hüseyin Maden (40), his wife Nur Maden (36). Both were teachers who were sacked from their jobs following a failed coup last year over alleged links to the Gülen movement, which the Turkish government accuses of being behind the coup attempt. The couple and their children Nadire Maden (13), Bahar Maden (10) and Feridun Maden (7) drowned as they fled from the Recep Tayyip Erdoğan regime’s persecution targeting members of the Gülen movement.

Greek authorities delivered identity cards found on the bodies to Turkish police to see whether they belonged to members of the Maden family.

It was reported on Nov. 11 in the Greek media that authorities had discovered three dead children within the space of a few days on the northeast coast of Lesvos, baffling local port authorities, who launched an investigation.

According to the reports, the body of a boy in an advanced stage of decomposition and undetermined age was found on Nov. 11 near Mantamado. It followed the discovery of two other bodies, of a boy aged between 12 and 13 on Friday and a similarly aged girl on Thursday. Both were also found near Mantamado. Investigators estimate that all three were refugees, but no bodies or organizations that work with refugees have reported anyone missing.

According to the Lesvos News, the Greek police speculated that the three children were refugees, part of a larger group that died as they tried to approach the island on a boat. They are investigating the case by interviewing refugees who recently arrived on Lesvos. A post-mortem examination is expected to shed light on the case.

Many people have tried to flee Turkey illegally as the Turkish government cancelled their passports.