Turkish Deputy Prime Minister and government spokesperson Bekir Bozdağ on Saturday said a recent NATO enemy chart incident was the work of “international cooperation” against Turkish President Recep Tayyip Erdoğan, adding that they will not be able to defeat Erdoğan, Sputnik reported.

The image of Atatürk, the founder of modern Turkey, was displayed by a technician as a target during a NATO military exercise held between Nov. 8 and Nov. 17 in Norway. In a second incident an alliance officer posted defamatory comments about Erdoğan on an intra-NATO social media site. The technician and the military officer were later sacked, and Ankara withdrew 40 soldiers from the drill.

President Erdoğan on Saturday said the NATO enemy chart incident was caused by vile people, adding that the issue that cannot be avoided with a simple apology.

“The impudence against me and Mustafa Kemal Atatürk, the founder of our republic, is the outpouring of a distorted perspective in NATO that we have been witnessing for a while,” Erdoğan said.

NATO Secretary-General Jens Stoltenberg on Friday issued a statement saying, “I apologize for the offense caused.” He said the incident was the result of an “individual’s actions” and didn’t reflect the views of the alliance.

Norway’s Defense Minister Frank Bakke-Jensen on Friday issued an apology to Turkey: “The message does not reflect Norway’s views or policies and I apologize for the content of the message.”

In the meantime, Turkey’s Foreign Ministry stated on Friday that Ankara would closely monitor legal proceedings against the perpetrators of the incident during a NATO drill in Norway.

An investigation has also been launched by Turkey’s Chief Public Prosecutor’s Office into the perpetrator or perpetrators of the drill scandal in in Norway. 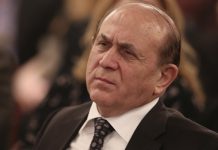 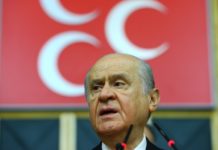