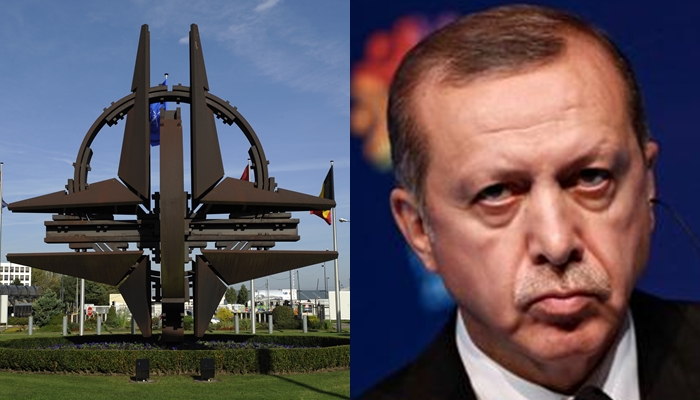 “The message does not reflect Norway’s views or policies and I apologize for the content of the message,” Defense Minister Frank Bakke-Jensen said in a statement on the ministry’s website. He added that “Turkey is an important ally in NATO, and we value our good cooperation.”

Earlier on Friday NATO Secretary-General Jens Stoltenberg issued a statement saying, “I apologize for the offense caused.” He said the incident was the result of an “individual’s actions” and didn’t reflect the views of the alliance.

He added that the individual was removed from the exercise and that an investigation was under way. The individual who posted the material was described as a Norwegian civil contractor hired by Norway and not a NATO employee, ABC News reported on Friday.

“It will be for the Norwegian authorities to decide on any disciplinary action,” Stoltenberg added. “Turkey is a valued NATO ally, which makes important contributions to allied security.”

Stoltenberg apologized again at the Halifax International Security Forum in Canada. He said he had already spoken with the Turkish defense chief and that it “won’t create any lasting problems, and I think it’s already behind us.”

“They had a chart of ‘enemies’ in Norway. On that chart was my name and [Mustafa Kemal] Ataturk’s picture,” Erdoğan said on Friday, stating that Ankara had withdrawn 40 soldiers from the drill.

In a second incident a fake account created in Erdoğan’s name shared anti-NATO messages on an intra-NATO social media site. An officer was found to have been responsible for the fake account and was fired.

The Norwegian government angered Turkey in March of this year by granting political asylum to five Turkish officers based in Norway who had refused to return home after a failed July 2016 coup attempt in Turkey. The five officers said they feared being arrested and tortured in Turkey.