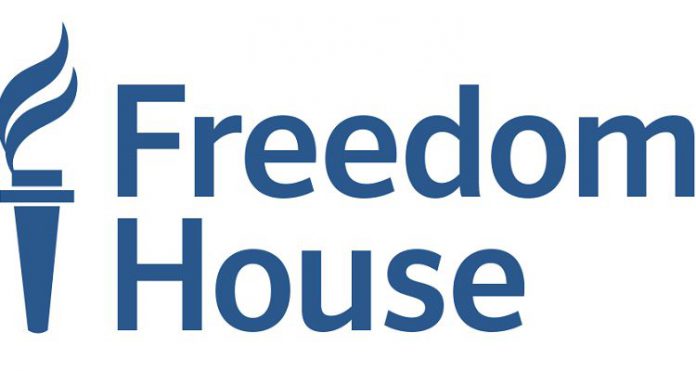 Freedom House, a US-based independent watchdog organization dedicated to the expansion of freedom and democracy around the world, has listed Turkey in its newly released “Freedom on the Net 2017” as among the countries in which Internet freedoms are restricted the most and said tens of thousands of Turkish citizens have been arbitrarily detained for their alleged use of the encrypted communications app ByLock.

Stating that the past year featured an unprecedented increase in the number of prosecutions and detentions of Turkish citizens for their online activities, the Freedom House report said that “Legal and technical experts have disputed the government’s claim that the [ByLock] app was primarily used by members of the Gülen movement, pointing to its wide availability and popularity in 41 countries. It was once available to download at no cost on the app stores of Apple and Google, until it was removed by the developer. Turkish officials claim that the app was designed by a senior member of the Gülen movement. Experts believe that Turkey’s National Intelligence Organization (MİT) hacked a ByLock server located in Lithuania, which listed its hundreds of thousands of users in an unencrypted form.”

“Despite a lack of evidence, and the arbitrary nature of the blanket arrests, numerous users have been deemed guilty by association for simply downloading the app. In the month of October 2016 alone, arrest warrants were issued for 404 individuals for allegedly using ByLock, including members of the police and judiciary,” the report said and added that “The ByLock controversy has also ensnared members of the human rights community. Taner Kılıç, the Turkey chair of Amnesty International, was detained in June 2017, and the only known evidence in his case was the allegation that he had used ByLock, which he has denied.”
Freedom House listed the key developments in Turkey in last year as follows:

After protests erupted over the removal from office of 28 mayors in the Kurdish-majority southeast, authorities restricted internet access for approximately 12 million residents in the region.

Turkey accounted for 65 percent of all content that was locally restricted by Twitter during the coverage period, as the government cracked down on independent reporting.

The government has implemented an arbitrary and disproportionate purge of state officials, teachers, journalists, and others, dismissing or arresting them for alleged ties to a July 2016 coup attempt based on flimsy circumstantial evidence, including communication apps allegedly found on their phones, attendance at a digital security training in İstanbul, and tweets that criticized the government.”

Examples are given in the report in terms of Turkey blocking access to digital communications. “WhatsApp remained the most targeted communication tool, experiencing disruptions in 12 of the 65 countries assessed. In Turkey, for example, the authorities regularly throttled traffic for WhatsApp to render it virtually inaccessible during politically charged events,” said the report.

Underlining the fact that the Turkish government has repeatedly suspended access to Facebook, Twitter, YouTube and WhatsApp on national security grounds while Wikipedia has been permanently blocked due to articles related to Turkey’s role in the Syrian civil war, the report said that “Popular services offering virtual private networks (VPNs) and the Tor anonymity network have been blocked to prevent users from accessing censored content.”

“At the same time, ongoing tensions between the Kurdish minority and the central government resulted in the arrest of parliamentarians, mayors, and officials from the pro-Kurdish People’s Democratic Party (HDP), which the government accused of ties to the Kurdistan Workers’ Party (PKK), a Kurdish militant group that is classified as a terrorist organization by Turkey, the United States, and a number of other governments,” said the report, adding that “A 23-year-old fine arts student was sentenced to more than four years in prison after posting political tweets that were deemed to promote terrorist propaganda and insult the president. The government has used similar charges to detain scores of journalists, political activists, and ordinary citizens for little more than criticizing the ruling Justice and Development Party (AKP), often using their social media posts as evidence in court.”

The report said that Turkish users must also contend with intrusive government surveillance and the proven use of sophisticated malware tools by law enforcement agencies.

“In a country where the government reportedly listed social media as one of the main threats to national security, internet freedom remains on a starkly negative trajectory.”

“Digital media are inhibited by self-censorship, government manipulation, and shutdowns of independent outlets,” the report said and continued as follows:

“A steep rise in prosecutions under the charge of defaming the president has also had a chilling effect on social media users. This has been compounded by decrees passed under the state of emergency that have expanded surveillance. Turkish-Armenian relations have become less controversial in recent years, but they remain sensitive, particularly during periods of ethnic tension and violence in the southeast.

“Turkish users increasingly rely on internet-based publications as a primary source of news, despite the country’s restrictive legal environment and growing self-censorship. There are a wide range of blogs and websites through which citizens question and criticize Turkish politics and leaders, though many such platforms have been blocked since the attempted coup and the flare-up in hostilities between government forces and Kurdish separatists. The November 2016 blocking of Tor and popular VPN services made it more difficult for users to reach blocked websites.

“In addition, several well-known news outlets have been taken over or shut down by the authorities. The Gülen-linked newspapers Zaman and Today’s Zaman, as well as Cihan News Agency, were seized on March 4, 2017. New progovernment editorial boards were established by court order. The online archives of each paper were deleted, as was Zaman’s previous Twitter activity. Zaman and some 130 other news companies had been shut down on July 27, 2016, by Decree No. 668, immediately after the government arrested 89 media workers for alleged ties to the Gülen movement.

“… New models for citizen journalism and volunteer reporting have recently gained traction; examples include 140journos, dokuz8haber, and Ötekilerin Postası, whose editor was arrested in November 2015. Media coverage regarding the Kurdish-populated southeastern region is heavily influenced by the government. Frequent power outages, mobile internet shutdowns, and censorship of prominent local news sites make information gathering even more difficult in that area.

“Numerous reports have revealed that an ‘army of trolls,’ numbering around 6,000 individuals, has been enlisted by the ruling AKP to manipulate discussions, drive particular agendas, and combat government critics on social media. Emails leaked in October 2016 … provided insight into a coordinated campaign by President Erdoğan’s inner circle to counter critical narratives and weaken protest movements on social media. Messages sent to Berat Albayrak discussed the establishment of “a team of professional graphic designers, coders, and former army officials who received training in psychological warfare,” according to a report by the Daily Dot. One email proposed exposing the drug habits of celebrities who had supported the 2013 Occupy Gezi movement, resulting in a police raid on the homes of 55 actors, directors, and other celebrities two months later. The images of the celebrities were widely shared by progovernment outlets on social media. Also using social media, an AKP lawmaker rallied an angry mob to physically attack the headquarters of Hurriyet in September 2015 after the newspaper criticized President Erdoğan’s security policy.”

Restrictions and bans on the Internet were examined for 65 countries as part of the study conducted by Freedom House. “Of the 65 countries assessed, 32 have been on an overall decline since June 2016,” the report said, citing Turkey as one of the three countries experiencing the biggest decline. Internet freedom has improved in only 13 countries, according to Freedom House.

The report underlined major trends in restriction of the Internet: State censors have targeted mobile connectivity; more governments are restricting live-streaming; technical attacks against news outlets, opposition and rights defenders are on the rise; new restrictions are being imposed on VPNs; and physical attacks against netizens and online journalists have expanded dramatically.  (Stockholm Center for Freedom [SCF] with Turkish Minute)