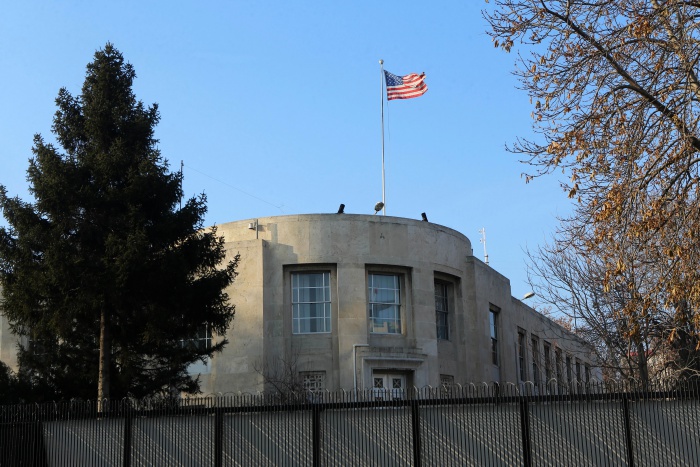 Turkey’s Justice Ministry announced on Tuesday that it had canceled a planned visit by ministry officials to the US due to an ongoing diplomatic crisis between Ankara and Washington that erupted after a Turkish staff member of the US Consulate General in İstanbul was arrested for alleged links to the Gülen movement, which is accused by the Turkish government of being behind a failed coup last year.

According BBC Turkish service, the Justice Ministry said in a statement on Tuesday that it had canceled the trip due to strained relations with Washington and that it was not true that US authorities had denied visas to members of the delegation as reported by CNN Türk.

The CNN Türk website reported on Tuesday that the trip was canceled after the US mission to Turkey denied visas to the Turkish officials as the two countries had suspended all non-immigrant visas as part of the diplomatic crisis.

The Turkish delegation had planned a study visit to the US at the invitation of US authorities, between Oct. 29 and Nov. 4.

On Oct. 8, the US and Turkey halted non-immigrant visa services in their respective missions after Metin Topuz, a staff member at the US Consulate General in İstanbul, was arrested on Oct. 4 on espionage charges and alleged links to some leading members of Gülen movement.

US Secretary of State Rex Tillerson had waited for three days before calling his Turkish counterpart, Mevlüt Çavuşoğlu, in response to a message sent last Sunday by Çavuşoğlu regarding the visa crisis.

US. Ambassador Bass said in a video message released late on Oct. 9 that Turkish authorities had failed to show any evidence against Topuz and that he had insufficient access to a lawyer. He also said the arrest “raised questions whether the goal of some officials is to disrupt the long-standing cooperation between Turkey and the US.”

Also, indictments in the US naming bodyguards of President Recep Tayyip Erdoğan who were engaged in violence in Washington and for the manager of the state-run Halkbank and a former Turkish economy minister accused of conspiring to violate US sanctions on Iran had deepened the rift.