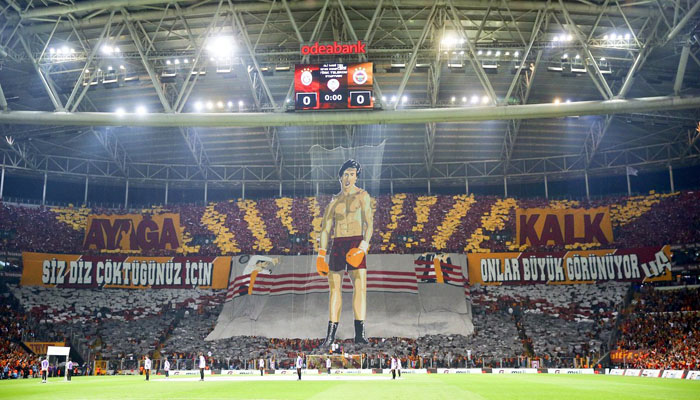 Prime Minister Binali Yıldırım has ordered an anti-terror investigation into a Rocky Balboa display put on by Galatasaray fans during a Sunday derby with Fenerbahçe, the Hürriyet daily reported.

The Galatasaray display sparked heated debates after the pro-government Beyaz TV implied that the show was referring to Pennsylvania, the US state where a popular statue of the fictional Rocky Balboa is located and where Turkish Islamic scholar Fethullah Gülen lives.

Pro-government social media accounts suspected that a banner that read “Rise Up, They Look Big Because You’re on Your Knees” was inspired by Gülen’s words.

The Turkish government accuses Gülen and his followers of orchestrating a July 15, 2016 coup attempt, while they deny any involvement. The government calls Gülen’s movement a terrorist organization.