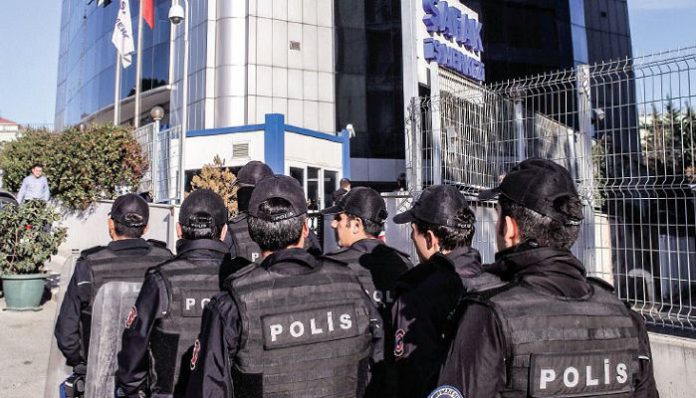 Detention warrants were issued for 110 former owners, executives and employees of Kaynak Holding, which was seized by the government in November 2015 due to its links to the faith-based Gülen movement, Karar daily reported on Friday.

According to the report, police launched operations to detain 110 people in 24 provinces across Turkey as part of investigation into Gülen movement by the Istanbul Public Prosecutor’s Office.

Detention warrants were issued for 103 former executives of Kaynak Holding on June 7.

Following the appointment of trustees to Kaynak Holding in November 2015, 43 of the conglomerate’s companies were transferred to the state-run Savings Deposit Insurance Fund (TMSF), in October 2016.

73 companies were seized by courts in Uşak province in October over alleged links to the faith-based Gülen movement.

The government accuses the movement of masterminding the failed coup attempt on July 15, 2016 even though the movement denies any involvement.

Turkish Deputy Prime Minister Numan Kurtulmuş said in July that the government had seized 966 companies from people allegedly linked to the Gülen movement.

Turkey has suspended or dismissed more than 150,000 civil servants, including governors, judges, prosecutors, teachers, soldiers and police, since July 15 through government decrees issued as part of the state of emergency.