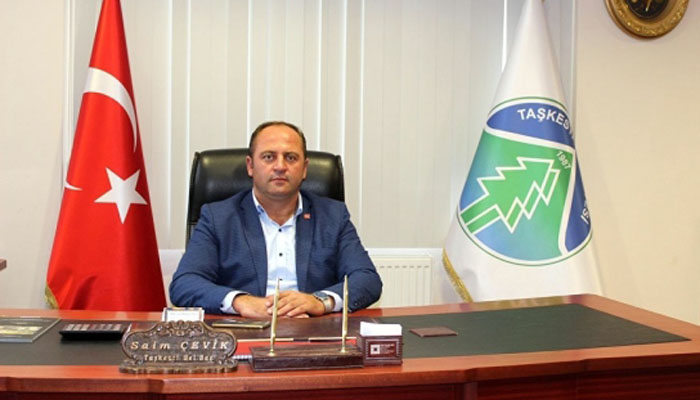 Saim Çevik, the mayor of Taşkesti town in Bolu province from the ruling Justice and Development Party (AKP), was arrested by a court on Wednesday for allegedly sexually assaulting a woman.

According to the Sözcü daily, Çevik was detained by Bolu police after Tuğba D., who had sought help from Çevik to get a job in Bolu, filed a complaint against him claiming that he sexually assaulted her.

The Sözcü report said Çevik met Tuğba D. earlier in the week at a hotel restaurant in Bolu. Çevik took her to one of his relative’s apartments in Bolu after Tuğba got drunk at the restaurant. When Çevik went to the bathroom, Tuğba D. jumped from the balcony and landed on the ground. Çevik left the apartment and brought her back to the room.

After Çevik left, Tuğba D. told people in the neighborhood that she was sexually assaulted by Çevik and called the police.

After being detained by police, Çevik claimed that he was a victim of a plot against him.

AKP Bolu provincial chairman Nurettin Doğanay announced on Wednesday evening that Çevik was referred to the party disciplinary board and expelled from the AKP.