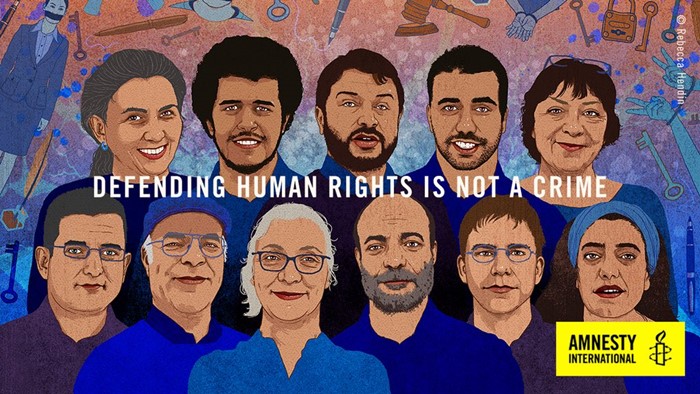 The İstanbul 35th High Criminal Court has accepted an indictment drafted by the İstanbul Public Prosecutor’s Office seeking up to 15 years each for 11 people including foreign human rights defenders for allegedly “being a member of an armed terrorist organization and aiding it,” the state-run Anadolu news agency reported on Tuesday.

According to the report, the court also scheduled the first hearing in the trial for Oct. 25.

According to Turkish media, Amnesty International’s Turkey section chair Taner Kılıç, who was detained on June 6 in a separate operation in İzmir, was also accused in the same indictment of being a member of the Gülen movement, which the government accuses of masterminding a coup attempt on July 15, 2016. The movement strongly denies any involvement in the failed coup.

One of Turkey’s staunchly pro-government dailies, Star, claimed on July 11  that the CIA and MI6 were behind the meeting at the hotel on Büyükada.

Another pro-government newspaper, Yeni Şafak, on July 23 said the rights activists had ties to the German BND intelligence service.