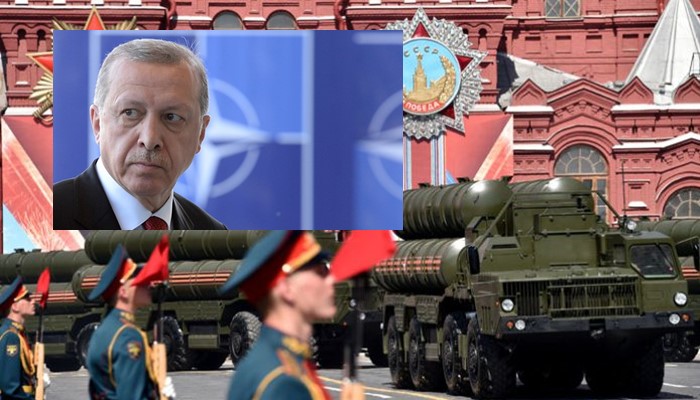 Amid claims that Russia will not share technology with Turkey, President Tayyip Erdoğan said there was no problem with Turkey’s planned purchase of a Russian S-400 air defense system and that talks have also been held on the S-500 system, Reuters reported on Friday.

Turkish Foreign Minister Mevlüt Çavuşoğlu was quoted on Monday as saying Ankara could seek a deal to acquire a missile defense system with another country if Russia does not agree to joint production of the defense shield.

Speaking to reporters as he returned on his plane from a trip to Ukraine and Serbia, Erdoğan said there would be no joint production in the first stage of S-400 purchases, but in the second stage “God willing we will take joint production steps.”

“In our talks with (Russia President Vladimir) Putin we are not thinking of stopping with the S-400s. We have had talks on the S-500s too,” Erdoğan added, referring to a missile system currently under development.

Pentagon spokesman Johnny Michael said in September that the US had relayed its concerns to Turkish officials over the purchase of an S-400 air defense system from Russia. Michael said that a NATO inter-operable missile defense system remains the best option to defend Turkey from the full range of threats in the region and added, “We have relayed our concerns to Turkish officials regarding the potential purchase of the S-400.”

NATO Secretary-General Jens Stoltenberg said on Tuesday that there is no angst over Ankara signing a deal for an S-400 air defense system with Russia since it was a sovereign decision, adding that he had talked it through with President Erdoğan.

Amid the tension, Turkey’s state-run news agency Anadolu on Sept. 21 tweeted an infographic depicting the capacity of the S-400 to shoot down US-NATO planes and missiles.