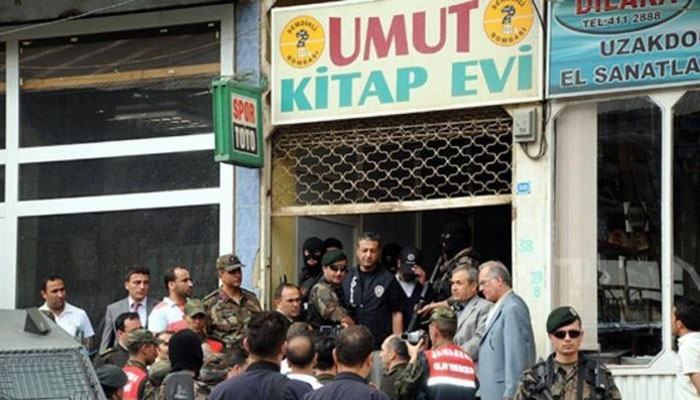 The Van 1st High Criminal Court during a retrial ruled for the release of noncommissioned officers Özcan İldeniz and Ali Kaya and outlawed Kurdistan Workers’ Party (PKK) informant Veysel Ateş, who were convicted of forming a criminal organization after an explosion at the Umut Bookstore on Nov. 9, 2005 in southeastern Hakkari province, the Gazete Duvar news website reported on Wednesday.

All three suspects were released under judicial supervision.

A bomb attack targeted the Umut Bookstore in Şemdinli on Nov. 9, 2005. The explosion killed one person and injured five. The identity cards of suspects Kaya and İldeniz, three Kalashnikov rifles, explosive materials and parts of military and police uniforms were found in a car near the bookstore, according to Gazete Duvar.

A map with the bombed bookstore marked with a red cross was also found in the car.

The owner of the bookstore, Seferi Yılmaz, was a former PKK member who had done time in prison.