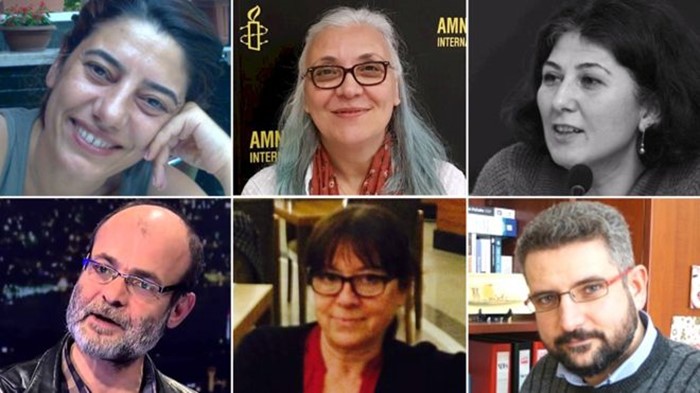 The İstanbul Public Prosecutor’s Office has drafted an indictment for 11 people including foreign human rights defenders who were detained during a workshop in İstanbul, seeking 15 years each for allegedly for “being a member of an armed terrorist organization and aiding it,” the state-run TRT reported on Sunday.

According to TRT, Amnesty International’s Turkey section chair Taner Kılıç, who was detained on June 6 in a separate operation in İzmir, was also accused in the same indictment of being a member of the Gülen movement, which the government accuses of masterminding a coup attempt on July 15, 2016. The movement strongly denies any involvement in the failed coup.

One of Turkey’s staunchly pro-government dailies, Star, claimed on July 11  that the CIA and MI6 were behind the meeting at the hotel on Büyükada.

Another pro-government newspaper, Yeni Şafak, on July 23 said the rights activists had ties to the German BND intelligence service.