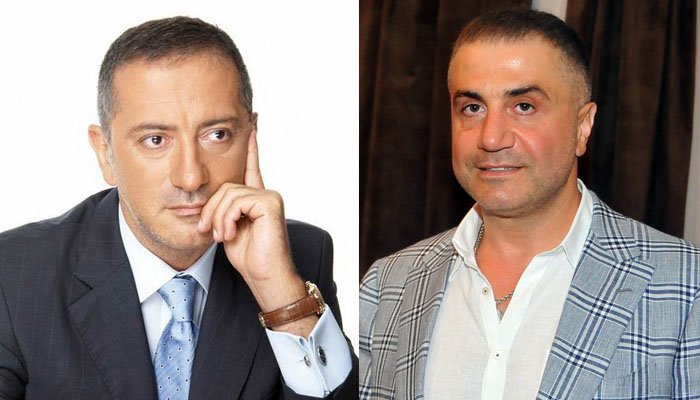 Sedat Peker, a staunch supporter of President Recep Tayyip Erdoğan and a convicted gang leader, said on Saturday that he is not responsible if anything happens to journalist Fatih Altaylı and accused the columnist of setting himself up as a target for terrorist groups.

Last week, Altaylı had targeted Peker in his column in the HaberTürk daily, saying “the old mafia is back in the new Turkey.”

In a video message Peker said Altaylı had “opened the hunting season” but set himself up as a target by claiming that Peker was responsible if anything were to happen to him.

Underlining that he has been the most targeted person by terrorist groups according to intelligence from the security forces, Peker said terror groups might kill or harm Altaylı in order to leave him in a difficult situation.

“Those who are not able get rid of me by the grace of God will kill or harm Altaylı in order to put me in a difficult position,” he said.

Peker called on Turkish authorities to provide security for Altaylı.

Peker earlier threatened many government and Erdoğan critics including followers of the Gülen movement, which Erdoğan blames for a failed coup last year.

In July Peker said they would hang all people linked to the Gülen movement from flagpoles and trees.

“They should pray for our president [Erdoğan], who they call a dictator. God forbid, if his visit to this world ends even in natural ways, they will see what a dictator is. God willing, we will hang all those who are sympathetic to them [Gülen movement], who walked with them, who didn’t leave them, on the nearest flagpole. We will hang them on the nearest tree,” Peker said during a visit to Çengelköy Martyrs Cemetery in İstanbul.